Students from several Queens’ yeshivas joined forces in two back-to-back bake sales, and raised over $5,000 to help feed the poor in Israel through the Chickens for Shabbos program.

Two separate bake sales – one organized by the girls and the other by the boys – galvanized the Kew Gardens Hills community in support of this tremendous charity. Chickens for Shabbos has raised over $4 million since its inception.

Students from Bais Yaakov Academy of Queens, Bnos Malka Academy, Yeshiva of Central Queens, Tiferes Moshe and Yeshiva Ketana of Queens, participated in this tzedaka drive, baking cakes and cookies and running activity booths for children of all ages. Hundreds attended and bought the baked goods, all prepared and packaged by the school-aged children.

Raffles were held at the end of each bake sale, with prizes that included a digital camera, gift certificates to local eateries and seforim stores. A cotton candy machine sweetened the entire day and popcorn popped while attendees tested their cookie designing artistry at the Design Your Own Cookie booth. Two apple-coring stations were set up and delicious hot cocoa warmed up the afternoon.

Chickens for Shabbos was started five years ago under the auspices of Rabbi Fabian Schonfeld, long-time rav of the Young Israel of Kew Gardens Hills, and Rabbi Doniel Lander, rosh yeshiva of Yeshivas Ohr Hachaim. The money collected goes directly to needy families, as there are no administrative fees, no salaries to pay and no costs to cover.

Due to the recent fiscal cutbacks and the worldwide financial meltdown, the situation for many in Israel has become desperate. Large religious families are stretched to the limit financially and find it impossible to provide for the basic necessities of life. Many are devastated by illness – physical and psychological – and are single parent households, either through divorce or loss of a parent.

Through the tireless efforts of Chicken For Shabbos, there is a steady flow of money to sustain these families throughout Israel, including Jerusalem, Tel Aviv, Ashkelon, Ramot, Ashdod, Ofakim, Beit Shemesh, Emanuel, and more.

Over 10,000 parents and children are monthly beneficiaries of this charity, and rely on the regular shipments of chickens each month and wait with excitement for the fruit and vegetable vouchers. For many the vouchers are literally lifesavers.

Tax-deductible donations can be made to Chickens for Shabbos, or the Young Israel of Kew Gardens Hills Charity Fund, and mailed to 150-05 70th Road, Flushing, NY 11367. Anyone interested in inviting a Chickens For Shabbos representative to their synagogue or group can contact Rabbi Schonfeld at 718-261-9723. 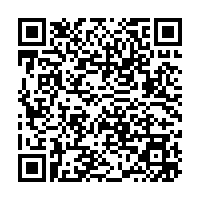