Rav Ovadia Yosef, zt”l, who was niftar this past Sunday night in Eretz Yisrael at the age of 93, was the posek hador for the Sephardic community in Eretz Yisrael and chutz la’aretz. In the largest levayah in Israel’s history, police estimate that as many as 850,00 people were in attendance in Yerushalayim in tribute to this Torah giant.


Noticeably standing out among those gathered was the diversity of the mourners. People from all walks of life came to show respect for their leader. This was very befitting, for Rav Ovadia spent his life bringing acheinu kol beis Yisrael back to Yiddishkeit. This gained him the love of multitudes of Jews worldwide. The large crowd at the levayah was testament to the closeness the mourners felt with the gadol.

Rav Ovadia authored many sefarim, the two most prominent being the ten-volume Yabia Omer and the six-volume Chavas Da’as. He also wrote a sefer on hilchos Pesach, Chazon Ovadia, in 1951. His other sefarim under the title Chazon Ovadia included a discussion of the halachos of Shabbos and Yom Tov. Masa Yosef is a volume of Rav Ovadia’s shmuzen, and the thirty volumes of the sefarim Yalkut Yosef, edited by his son, contains many of Rav Ovadia’s decisions. In addition he wrote a sefer on Pirkei Avos, Anaf Etz Avot. His perush on Gemara is called Maor Yisrael. The olam haTorah, Sephardim and Ashkenazim alike, have lauded his sefarim.

He became Israel’s Sephardic chief rabbi in 1973, remaining in the position for ten years. But his status as the leading rabbi among Sephardim was overwhelmingly recognized for the rest of his life.

He was an active rav and public figure in political and religious life until his final days. As the spiritual leader of the Shas political party, Rav Ovadia was never ashamed to express what he perceived as truth. He was not concerned with political correctness and publicized what he felt were the Torah’s beliefs. For example, even in his last bout with deteriorating health he fought the Israeli draft of yeshiva bachurim.

Rav Ovadia was born in Baghdad, Iraq on 11 Tishrei 5681– September 23, 1920. His parents came to Eretz Yisrael, settling in Yerushalayim, during the British Mandate when he was four years old. He learned in Porat Yosef Yeshiva under Rabbi Ezra Attiya.

When Rav Ovadia was young, his father asked him to help him in his store instead of going to yeshiva. Rabbi Attiya, upon hearing this, showed up at the store the next morning and explained that he would help out instead of Rav Ovadia. When Rav Ovadia’s father realized how important Rabbi Attiya considered his son’s learning to be, he quickly agreed to allow his son to continue his studies.

He was recognized for his excellence in Torah at an early age. By the age of twenty he received semicha, and was appointed deputy chief rabbi of Egypt for two years. At age twenty-four he married Margalit Fatal, the daughter of Rabbi Avraham Fatal. They had eleven children, their sons becoming established talmidei chachamim and serving as roshei yeshiva and rabbanim. One of his sons, Rav Yitzchak Yosef, was recently elected Sephardic chief rabbi of Israel. Another son, Rabbi Yaakov Yosef, headed the Yeshiva Chazon Yaakov before his petirah within the past year. Rav Ovadia’s wife, Margalit, was nifteres in 1994.

In Egypt Rav Ovadia took issue with the low level of religious observance that existed in the community and among its rabbanim. One of his main issues of concern was the lack of any organized kashrus system. As a result, he resigned from his position two years after arriving in Cairo. Approximately a year after his resignation, he returned to the new state of Israel. 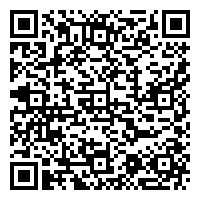