Rabbi Ovadia Yosef reversed his famous “Land for Peace” ruling of 1993 after the Palestinian Authority literally exploded in Israel’s face a decade later with large-scale terrorist attacks, including suicide bombings.

The revelation of the letter, seen below, explains Rav Ovadia’s incredibly strong statements in recent sermons, such as one of the most famous ones three years ago when he said of the Palestinian Authority, “All these evil people should perish from this world. God should strike them with a plague, them and these Palestinians.”


In 1993, when the prospect of peace turned into a mantra that mass media used to blind themselves and wishful-thinkers, the idea of Israel’s surrendering Judea, Gaza and Samaria for peace with Yasser Arafat was pushed by U.S. President Bill Clinton.

The Israeli government was split, and the Shas party, which obeyed whatever Rav Ovadia said, withstood arguments from nationalists and kept the Rabin-Peres coalition government alive with his famous ruling in favor of giving up “land for peace” because it is a matter of “pikuach nefesh,” saving the lives of Jews.

After Rav Ovadia died, Israel’s populist but rather ignorant media turned the funeral into a peace festival that obliterated the greatness of the rabbi, who wrote 50 books and who was cited all over the world as one of the greatest Torah sages ever.

The “expert analysts” on Israel radio and in the mass media explained that Rav Ovadia was a great man, but not because of  his brilliant mind that lived and breathed Torah and not because of the Shas party that he founded and turned into a kingmaker in Israeli politics.

“Land for peace” was the reason 800,000 Jews from all sects of Israeli society came to the funeral.

What they did not say is that 10 years after Oslo, during the Second Intifada that also is known as the Oslo War, Rav Ovadia ruled exactly the opposite.

Instead of “land for peace” being an issue to save the lives of Jews, it had become clear that it was a concept that endangered Jews.

Arafat’s “peace,” which murdered more than 1,000 Jews, wounded thousands others and which continues until today under the invisible hand of Mahmoud Abbas, is not the peace Rav Ovadia had in mind.

He wrote, “My dear brothers of Israel, residents of Judea and Samaria:

“It is my intention to make clear my position concerning Judea and Samaria. I have explained more than once since my Halachic ruling, that giving up land for peace has no validity in light of the current situation.

“I intended there be a true peace, in which Jerusalem and its surroundings will be secure in peace and quiet. But now, our eyes see that surrendering our holy land causes a danger to life.

“This is not the peace for which we prayed. Therefore, the Oslo Accords are null and void.”

Rav Ovadia then cited the verse form Psalms that states, “I speak peace and they speak war.”

Just as populist media falsified Rav Ovadia’s ruling, it has turned Jews in Israel and all over the world into victims of ignorant and slanderous reporting of Rav Ovadia’s Saturday night sermons. They took phrases out of contact and without any understanding that the rabbis was speaking the language his constituents understood, which is not the style of the pseudo-sophisticated Ashkenazi elite and certainly not that of the bleeding-heart media.

The Aish HaTorah website once quoted Rav Ovadia with comments that stated much clearer his idea of land for peace.

It quoted Rav Ovadia as saying, Rabbi Ovadia Yosef stated: “If the heads and commanders of the army, together with the government, state that saving of life is involved; that if areas of Israel are not given back, the danger exists of immediate war on the part of our Arab neighbors;

“And if the areas are returned to them, the danger of war will be averted; and that there is a chance of permanent peace; then it seems that according to all opinions it is permitted to return areas of Israel in order to achieve this aim, since nothing is more important than the saving of life.”

The Palestinian Authority war or terror on Israeli in the 1990s, after the Oslo Accords did not satisfy Arafat’s appetite to swallow up Israel, took a breather towards the end of the decade when the Barak government was on the verge of giving Arafat almost everything he wanted. 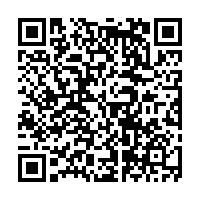