The Passing Of Mrs. Miriam Lubling


In October 2004 The New York Sun ran a positive profile of Mrs. Lubling. They covered her personal hardships, and how she channeled those difficulties into helping others.

Mrs. Lubling escaped from Poland in 1939, at the beginning of the Holocaust. The Sun reported that her family arranged for her and one of her sisters to flee to Tel Aviv. But her parents and other siblings were not as fortunate, dying at the hands of the Nazis.

She endured other life challenges. A little less than a decade after the war, her husband, whom she met in Tel Aviv, fell in the shower and hit his head.

For the next two years he was in and out of Israeli hospitals. In 1955 the couple, along with their three children, moved to Crown Heights, Brooklyn, so that he could receive medical care in the U.S.

That is when Mrs. Lubling first emerged as a patient advocate. With her husband in need of care, she tirelessly sought out doctors and researched the best medical treatments. It was then that she realized that patients did not have needed help.

Her advocacy work did not stop with Bikur Cholim. She was also the director of services for Holocaust victims at the Boro Park Jewish Community Council and was involved with Ohel Children’s Home and Services, a Jewish social service agency. The president of Ohel, Moishe Hellman, said of Mrs. Lubling: “There isn’t anyone in the Jewish community in Boro Park who doesn’t know her. The best way to describe her is as the Jewish Mother Theresa.

“You can go into a hospital at midnight and find her there,” he said. “You’ll see her trying to get a bed for someone or advocating to get someone treated in the emergency room. She’s always fighting for people.”

In her earlier years Mrs. Lubling ran a kindergarten in addition to her patient advocacy work. She later devoted herself almost exclusively to making appointments, finding doctors, and helping resolve medical problems for those in need of assistance. Many of her days were spent at New York University Medical Center, where she was an associate trustee. She also worked with Maimonides, Mount Sinai, Lenox Hill, and dozens of other medical institutions.

May she continue to be a meileitzah yosher for all of Klal Yisrael.

As the three held down the victim one of the attackers opened his shirt, pulled out a marker, and drew a large black swastika on his chest. Passersby heard the victim’s shouts and called police.

The beating of the victim required emergency medical care due to apparent facial fractures.

In related news, Israel National News reported that in recent weeks a Jewish cemetery in Hungary was vandalized. Swastikas and various anti-Semitic slurs were spray-painted on tombstones.

Residents of the Jewish community in Tatabanya, Hungary, were shocked to discover the offensive smears on Friday. They included: “STINKING JEWS!” “Holo-Lie” and “There was no Holocaust but there will be!!!”

“They spray-painted swastikas and the black cross, which was a symbol of the Nazi movement during the reign of Adolf Hitler,” said Zohar Meir, one of the leaders of the annual March of the Living in Hungary, which is scheduled for April. “There is a very strong wave of anti-Semitism in Hungary.” 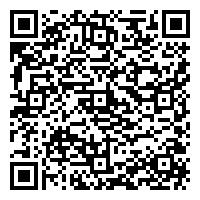