This past Sunday morning, Rav Chaim Kanievsky shlita, davened vasikin at the Kosel and then traveled to Kever Rachel. Those close to Rav Chaim called the visit to Kever Rachel “historic,” since he had not been there in many years.


Rav Chaim went to the Kosel as tashlumin for not having visited on Shavuos. He said that he then visited Kever Rachel at this time to daven for rachmanus on behalf of Klal Yisrael because, as he is quoted as saying: “Mashiach is not just at the door, he is in the door.”

In an effort to get its new haredi employment program up and running, Israel’s Economy Ministry sent a memo to local municipalities across the country to explain the program and define who is eligible for participation.

To date, the Knesset has never defined in writing the criteria of who is considered a haredi. But it appears that the Economy Ministry, headed by Naftali Bennett, has succeeded where the Knesset has failed.

For a woman to be considered haredi, she must meet one of the following criteria: First, her children must be learning in a haredi school until the age of 18, emphasizing “recognized but not official” schools. This would include many Chabad yeshivos and chinuch atzmai (independent religious schools). (The ministry is looking for a school with a license recognized by the Education Ministry.) Second, the woman’s husband must have learned in a yeshiva ketanah, and she must have studied in seminary.

A haredi man must meet the following standards: 1) the same as the first criterion that a woman must meet; 2) he must have studied in yeshiva ketanah; 3) he must have served in the IDF or in a recognized national program as per the law permitting a man to delay military service after declaring the study of Torah as his full-time profession; and 4) he must have spent at least one of the prior five years in a studies program assisting avreichim in their efforts to integrate into the workplace.

These requirements will be problematic for many to fulfill. These include ba’alei teshuvah who recently became haredi, and those who attend yeshivos that are not recognized by the Education Ministry.

The court’s ruling stressed the inequality associated with payments made to the kollel members and the fact that it does not bring haredim into the workplace. The petition challenging the payments was filed by a number of organizations, including Ometz, Yisrael Chofshit and the Conservative movement.

The court questioned the wisdom of the government’s decision to fund kollel members. In the court’s view, kollel members are permitted under the law to study for only four years, during which time they are not compelled to acquire a skill or academic training leading to earning a livelihood. The court pointed out that upon completing the four-year learning period, a kollel member lacks the professional skills needed to realistically enter the workforce.

The court stipulated that a man classified as a masmid could continue to receive funds since his entire life is devoted to learning.

Judge Rubinstein referred to haredi bnei yeshivos as “schnorrers who collect handouts to cover the costs of making weddings.”

The reaction from haredi Knesset members such as Meir Porush, Aryeh Deri, Moshe Gafni, Yaakov Litzman, Yaakov Asher and Uri Maklev was contemptuous of the High Court’s ruling. For their part, Knesset members Menachem Eliezer Moses and Eli Yishai said that Israel’s government funds secular students to a much greater degree than they do for kollel members.

Opponents of the legal ruling asked whether the court viewed the law authorizing the government to pay the value added tax on the sale of apartments to IDF veterans as being unfair to non-IDF veterans.

MK Asher called on Rubinstein to apologize for his statements regarding the haredi community.

Responding to requests from Israel MK Yisrael Eichler, the Egged bus company has announced that fares on the first bus routes from the Kosel after Shabbos will remain free. In addition, riders will be able to return home without having to pay with a smartcard.

Egged recently said that the Transportation Ministry called on the bus company to eliminate the program that allows those who walk to the Kosel on Shabbos to take a bus ride home free of charge.

Under the new arrangement, Egged will subsidize (at least temporarily) the fares of the first buses leaving the Kosel after Shabbos. These buses will not be regular service lines but will simply leave from the Kosel to drop off riders. Eichler said that Egged has pledged that no one who walks to the Kosel on Shabbos – and is not carrying money – and wishes to take a bus on Motzaei Shabbos to return home will be left behind. He added that this accommodation will also be granted to anyone who ends Shabbos according to Rabbeinu Tam (72 minutes after sundown).

Eichler said that it is unfortunate that Egged will have to subsidize these fares since, in his words, “the anti-Jewish government in Eretz Yisrael is unwilling to pay to bring mispallelim home from the Kosel after Shabbos, and the Ministry of Transportation has prohibited Egged from doing so.” He explained that Egged is picking up the tab for the time being in order to circumvent the state order to stop the service. This will maintain Egged’s goal to continue accommodating people who walk to the Kosel on Shabbos. 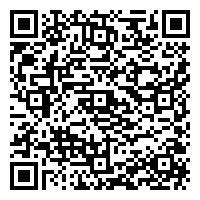