The Vishnitzer Rebbe visited the chief rabbi of Rehovot, Rav Simcha HaKohen Kook, shlita, on 14 Elul. The Rebbe came to Rehovot to pay a shiva visit to the Wiesel family following the death of Rav Yosef Wiesel, z”l, who lost his life in a tragic car accident. The Rebbe gave Rav Kook tremendous chizuk for all he does for klal Yisrael. Much of their discussion centered on the efforts to draft bnei yeshivos into the army. The Rebbe has shown that achdus is the key to defeating both our internal and external enemies.

Several individuals have taken matters into their own hands, protesting and rioting at the construction site. The protests have recently escalated, as public defamation of Rav Shternbuch has taken place. Rav Chaim Kanievsky and Rav Nissim Karelitz have criticized and condemned the radical actions of the protesters.

Additionally, Rav Amram Oppman, a dayan with the Eidah Hachareidis and dayan of Dushinsky, issued a strong letter reproving those who have spoken out against Rav Shternbuch. He said the issue is “a machlokes between gedolei hador and is to be left to their discretion.” He also warned of the repercussions of disgracing a talmid chacham.

Rav Oppman wrote that his view conveys the majority opinion of the rabbanim of the Eidah Hachareidis, and that those who publicize otherwise in its name “have no ne’emanus” and “clearly have no cheilek in Olam Haba until they do teshuvah.”

Ten days ago an Arab male knocked on Rav Shternbuch’s door at 1 a.m., explaining that he was asked to deliver a package. The package, accepted by a neighbor, contained torn and destroyed portions of Rav Shternbuch’s sefarim, Teshuvos Vehanhagos.

Those who sent the package are accused of seeking to wage a war “l’shem shamayim.” But without a competent rav supporting them, many believe that they are creating a great chillul Hashem – a scenario currently playing out. A question being asked is: Do these individuals honestly believe that Hashem is happy that they are defaming another rav and ripping his sefarim? They are apparently not thinking with da’as Torah.

Thousands of people attended what might have been the largest non-chassidic wedding, which took place at Lake Terrace Hall (off Oak Street) in Lakewood, in American Jewish history. While police were hesitant to estimate the number of attendees at the wedding, officers noted that it was the largest wedding they could recall in Lakewood.

The chassan learns at Novominsk Yeshiva in Boro Park. The Novominsker Rebbe, Rav Yaakov Perlow, who heads that yeshiva, was mesader kiddushin. 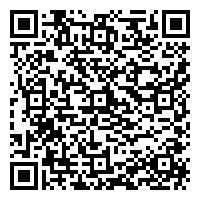