At the end of his life, having given the Israelites at G-d’s behest 612 commands, Moses is instructed to give them the last; command 613:


According to the plain sense of the verse, G-d is speaking to Moses and Joshua and is referring to the song in the following chapter, “Listen, O heavens, and I will speak; Hear, O earth, the words of My mouth.” Oral tradition, however, gave it a different and much wider interpretation, understanding it as a command for every Jew to write – or at least take some part in writing – a sefer Torah, a scroll of the law.

“Said Rabbah: Even though our ancestors have left us a scroll of the Torah, it is our religious duty to write one for ourselves, as it is said: ‘Now therefore write this song, and teach it to the people of Israel; put it in their mouths, that this song may be a witness for me against the people of Israel.’ ” (Sanhedrin 21b)

The logic of the interpretation seems to be, first, that the phrase “write down for yourselves” could be construed as referring to every Israelite (Ibn Ezra), not just Moses and Joshua. Secondly, the passage goes on to say (31: 24): “Moses finished writing in the book the words of this law from beginning to end.” The Talmud (Nedarim 38a) offers a third reason. The verse goes on to say: “that this song may be My witness within the people” – implying the Torah as a whole, not just the song in chapter 32.

There is something poetic about this being the last of the commands. It is as if G-d were saying to the Israelites: “It is not enough that you have received the Torah from Moses. You must make it new again in every generation.” The covenant was not to grow old. It had to be periodically renewed.

So it is to this day, that Torah scrolls are still written as in ancient times, by hand, on parchment, using a quill – as were the Dead Sea Scrolls two thousand years ago. In a religion almost devoid of sacred objects (icons, relics), the Torah scroll is the nearest Judaism comes to endowing a physical entity with sanctity – and this is an understatement. The Torah is less like an object than a person. In its presence we stand as if it were a king. On Simchat Torah we dance with it as if it were a bride. If one is, G-d forbid, damaged or destroyed we bury it as if it were a human; we mourn as if we had lost a relative. Judaism is the story of a love affair between a people and a book, the Book of Books.

What though – if we take the command to refer to the whole Torah and not just one chapter – is the significance of the word “song” [shirah]: “Now therefore write down for yourselves this song”? The word shirah appears five times in this passage. It is clearly a keyword. Why? On this, two nineteenth century scholars offered striking explanations.

Netziv (R. Naftali Zvi Yehudah Berlin) interprets it to mean that the whole Torah should be read as poetry, not prose (the word shirah in Hebrew means both a song and a poem). To be sure, most of the Torah is written in prose, but it has, argues Netziv, two characteristics of poetry. First, it is allusive rather than explicit. It leaves unsaid more than is said. Second, like poetry, it hints at deeper reservoirs of meaning, sometimes by the use of an unusual word or sentence construction. Descriptive prose carries its meaning on the surface. The Torah, like poetry, does not. (Kidmat Davar, preface to Ha’amek Davar, 3).

In this brilliant insight, Netziv anticipates one of the great twentieth century essays on biblical prose, Erich Auerbach’s “Odysseus’ Scar.” Auerbach contrasts the narrative style of Genesis with that of Homer. Homer uses dazzlingly detailed descriptions so that each scene is set out pictorially as if bathed in sunlight. By contrast, biblical narrative is spare and understated. In the example Auerbach cites – the story of the binding of Isaac – we do not know what the main characters look like, what they are feeling, what they are wearing, what landscapes they are passing through: 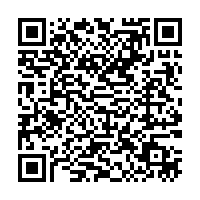