HaGaon HaRav Yaakov Chai Yosef, zt”l, succumbed to pancreatic cancer on Friday, April 12 at the age of 66. The levayah, held at the Beis Medrash “Boruchuv” in the Bucharim area of Yerushalayim, was followed by burial on Har Hamenuchos that afternoon. His father, Chacham Ovadia Yosef, Shlita, paskened that anyone not planning to spend Shabbos in Yerushalayim should not attend the levayah due to Shabbos. Nonetheless, thousands attended in a show of respect for the Torah giant.

Rav Yaakov, the oldest son of HaGaon HaRav Ovadia Yosef, gave numerous shiurim weekly. Despite his illness, he continued his rigorous schedule – delivering his shiurim, along with meeting and consulting with various people. When it became too difficult to deliver his shiurim, Rav Yaakov began having his shiurim broadcast via the Shas-affiliated Kol Barama Radio. This enabled listeners and devotees to continue learning and benefiting from his words of Torah.


Born in 1946 in Yerushalayim, Rav Yaakov was the second child of Rav Ovadia and Rebbetzin Margalit. He learned at Yeshivat Porat Yosef, Yeshivat Kol Torah, Kollel Kol Yaakov and Mossad HaRav Kook in Yerushalayim, where he received semicha.

Rav Yaakov was the rosh yeshiva of Yeshivas Chazon Yaakov, which he founded in memory of his grandfather, HaRav Yaakov Yosef. He also served as the rav of his shul in Givat Moshe, Yerushalayim. Rav Yaakov positively impacted thousands of talmidim through his work at the shul, yeshiva, and regular shiurim.

His political involvement included his 1983-1984 service as a Shas Party member on the Jerusalem City Council. He was elected to Israel’s 11th Knesset in 1984, the first year that Shas fielded a slate of candidates. As an MK he served on the Constitution, Law and Justice Committee, the Education and Culture Committee, and the parliamentary committee that investigated road accidents.

Prime Minister Benjamin Netanyahu offered his personal nechamah by visiting the makom aveilus. Rav Ovadia reportedly told Netanyahu that the pain he is enduring over the planned induction of bnei yeshivos into the military is greater than the loss of his son. “While I am in aveilus at present, being a father who buried his son,” the rav is quoted as having said, “my great sorrow stems from the induction of bnei yeshivos [into the military] – more [so] than the pain of the aveilus.”

On the eve of Israel’s Holocaust Remembrance Day, Rav Aharon Teitelbaum of Satmar delivered a drasha at an event in Kiryas Yoel on the issue of the Israeli government’s attempt to draft yeshiva bachurim into the IDF. Marking the yahrzeit of his father, the Satmar Rebbe, Rav Moshe Teitelbaum, zt”l, Rav Aharon called the proposed new policy “a gezeirah worse than the annihilation of the Jewish people.” He described the policy’s supporters as “worse than those who murdered us.”

Rav Aharon said that those focused on drafting yeshiva bachurim desire to “cause us to leave religion.” He said, “A black cloud is hanging these days over our brothers, the people of Eretz Yisrael. A malicious government has convened … and is seeking to uproot the Torah.

“Yidden here don’t understand the magnitude of this disaster, which applies to every yachid [individual],” he added. “We, in chutz la’aretz, must be prepared for the moment when we will have to rise up with all our might against this terrible gezeirah so that it is not carried out, chas v’chalilah.”

During the visit of Rav Aharon’s brother, Rav Zalman Leib Teitelbaum (also of Satmar), to Eretz Yisrael on the eve of Israel’ January Knesset elections, he called the state of Israel and Zionists “the generation’s Amalek.” He also said, “the Zionists came from the seed of Amalek. There has never been such a sect that caused so much damage to the Jewish people.” 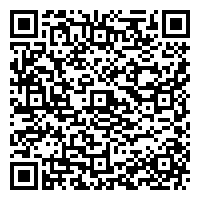