It’s farewell to the drawing-room’s civilized cry, the professor’s sensible whereto and why, The frock-coated diplomat’s social aplomb, Now matters are settled with gas and with bomb.

W.H. Auden, Danse Macabre One must presume that President Obama’s most recent calls for Israeli cooperation in the Middle East peace process are balanced, fair, and well-intentioned. Why not? At the same time, unsurprisingly, these all-too-familiar calls are manifestly thin, in the sense that they lack any genuine intellectual content.

At best reminiscent of former president Bill Clinton’s inept and unforgivable orchestrations of Oslo, they are merely the latest unimaginative representation of “old wine in new bottles.” At worst, and once again evocative of Clinton’s long reach of incapacity, they exhibit a conspicuously shallow compilation of empty witticisms. For Obama, as for Clinton before him, advising Israel always entails inevitable diplomatic default: a visceral capitulation to comforting banalities, and convenient half-truths.


In any event, one analytic conclusion is abundantly clear and incontestable. Mr. Obama’s core argument is founded upon thoroughly incorrect strategic and jurisprudential assumptions. Intellectually, this argument is an unwitting self-parody.

The key problem is not, as the president still seems to think, Israel’s unwillingness to compromise more fully. It’s not that Israel is unwilling to make more “painful sacrifices for peace.” It is, rather, the plainly asymmetrical commitment to peace that continues to exist between the Palestinian side(s) and the Israeli side.

It makes no real sense to ask that Israel undertake increasing and incremental surrenders to a bifurcated enemy (Fatah and Hamas) that can still gleefully share at least one overriding commitment – that is, a relentless and generally unhidden dedication to Israel’s “liquidation.”

Let Obama finally take note. From the beginning, the only Israeli compromise that could have satisfied both Fatah and Hamas would have been a perversely codified Israeli commitment to self-destruction and national disappearance. Should Israel now be expected to be complicit in its own genocide?

International law is not a suicide pact. Why hasn’t Obama even looked at the unambiguous historical record? Even before formal conferral statehood in 1948, Israel had sought, courageously and reasonably, to negotiate with its many unheroic and unreasonable enemies. Always, in these efforts, Jerusalem had preferred peace to war.

Nonetheless, challenged by insistent and interminable Arab aggressions, diplomacy has insistently failed Israel. Even the most visible example of any alleged diplomatic “success,” the Egypt-Israel Peace Treaty of 1979, is apt to fail calamitously sometime in the post-Mubarak/Muslim Brotherhood era. It’s only a matter of time.

Whatever the neatly fashioned expectations demanded from Washington, Prime Minister Netanyahu is first obligated to inquire: What real chance exists that, somehow, this time and also for the future, diplomacy might actually be purposeful?

From Oslo to the present “Road Map,” diplomacy over Israel’s rights and obligations has always been a blatantly one-sided process.

Ironically, Israel’s principal enemies remain thoroughly candid. On some things they do not lie. When it comes to their unceasing intention to annihilate the “Zionist entity” they are seemingly sworn to truth.

The principal disputing Palestinian factions (Fatah or Hamas, it makes little difference) will never accept anything less than Israel’s complete removal. This is already obvious to anyone who cares to pay attention to what is actually said. Moreover, in a clearly corroborating bit of explicit cartography, every PA and Hamas map already incorporates all of Israel within “Palestine.”

Toward the end of his tenure, former prime minister Ehud Olmert released several hundred Palestinian terrorists as a “goodwill gesture.” Together with then-president George W. Bush, he had decided to aid Fatah against Hamas with outright transfers of weapons and information. Soon after, the American and Israeli guns were turned (predictably) against Israel.

As for Olmert’s graciously extended “goodwill,” it only served to elicit the next multiple rounds of murderous rocket fire. Matters were not helped at all by the Bush administration’s corollary support for a Palestinian state, a thoroughly misconceived support now being more or less viscerally extended by Barack Obama. 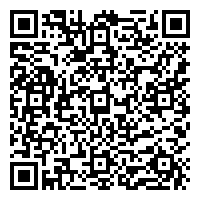