The law reflects the intentions of rabbanei Tzohar, those seeking to lower restrictions for marriage registration. It is seen as the first major step in making religious services in Israel “friendlier” to citizens. The new law gives more flexibility to couples wishing to marry at a location of their choice and by whomever they choose. Prior to the new law’s passage, couples needed to be married by the chief rabbi of either partner’s home city.


The new law is expected to bring competition to the marriage registration process, which is likely to lower costs.

Religious support for the bill came from Rav David Stav, Tzohar Rabbinical Organization head. Rav Stav, who recently lost his bid to become Israel’s Ashkenazi chief rabbi, posted on his Facebook page: “The goal of this law is to make it easier for young couples to marry K’das Moshe V’Yisrael, and remove the feeling of humiliation that geirim previously experienced.”

Aside from Rav Stav, the bill had little backing from haredi and dati leumi religious leaders. Habayit Hayehudi succeeded in passing the Tzohar Law despite strong opposition from rabbanim in its own party. Leading the Tekuma rabbanim against the bill was HaRav Dov Lior, shlita. Joining him in opposition was the Chief Rabbinate of the Israel Council and Rabbi Simcha HaKohen Kook, shlita, Rechovot’s mara d’asra. In addition to his harsh criticism of the new law, Rav Kook also spoke severely about Habayit Hayehudi’s betrayal of its own rabbanim’s wishes. He said this clearly displayed the true colors of the party’s members.

The Sephardi rishon l’Zion, Rabbi Yitzchak Yosef, son of the late Rav Ovadia Yosef, zt”l, also opposes the marriage registration reform law. At a ceremony at the President’s Residence last Thursday, when the rabbanim of the Chief Rabbinate Council affirmed their oath of office, Rabbi Yosef warned that by liberalizing the registration process the chief rabbinate’s efforts to safeguard kedushas Am Yisrael would be severely damaged.

The main issue these rabbanim have with the new law is that if anyone can get married anywhere he or she wishes, the number of illegitimate marriages would rise – leading to an increase in mamzeirus cases. These concerns were previously prevented because one is generally well known in his or her city of residence.

Another scenario that could have been prevented under the old law regards geirus. If a man became a ger in a city outside his place of residence and there they are unaware that he is not shomer Shabbos, he is not truly a ger. But the new law allows one to register in another city, where he is not known, making it all but impossible for the officiator to prevent such situations. Thus such illegitimate unions will be more difficult to prevent, and mamzeirus will, chas v’shalom, increase.

Many rabbanim who fear the new liberal law made notice of its glaring hypocrisy. One wishing to obtain services from Bituach Leumi (National Insurance Institute), the Ministry of the Interior, or State Employment Services must visit the office in one’s city of residence. So why is marriage registration being treated differently?

While many agree that the previous system of marriage registration needed improvement, they feel it was unnecessary to overhaul the entire system. Instead, they believed, the ministry simply had to enforce the regulation in place. Critics of the law feel that while it calls for the process to be “more cooperative,” this could result in granting questionable couples permission to wed in the name of generating income for ailing religious councils. In the past, these rabbis were not pressured – from a financial point of view – since couples had no alternative but to register locally. Opponents of the law warn that the new law will not maintain marriage in accordance with halacha.

It is interesting to note that following the last elections this bill was rejected by none other than Justice Minister Tzipi Livni. This was not out of respect for halacha; rather, it was in retaliation against Bayit Yehudi after the latter nixed a bill sponsored by her colleague in Hatnua, MK Elazar Stern. That bill’s intention was to add women to the voting body for the nation’s chief rabbis. 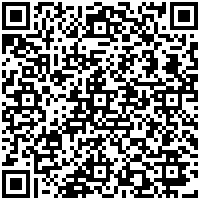