The Magen Avraham, in siman 42:3, says that one should not reverse the straps from his tefillin (shel yad and shel rosh), making the part that was originally tied as either a “yud” or a “daled” into the opposite end – which is either wrapped around the fingers, or just left hanging down. The reason for this is because the part of the strap that was tied as a “yud” had more kedushah. If one were to flip the strap around, that part would then only be wrapped around the fingers – essentially lowering its level of kedushah. This would violate the rule of ma’alin b’kodesh, v’eino moridin (we must always ascend in kedushah, and never descend).

The Elya Rabbah there disagrees with this ruling. He quotes his grandfather, who explained that by flipping the strap the other way one is not lessening any part of the kedushah. The reason for this is because it is all one unit, one strap; within one object there is no better spot than another. All places on that item are equally kadosh, even the parts that are technically not next to the part that is adjacent to the place of higher kedushah.


He proves this from a well-known Gemara pertaining to this week’s parshah, brought in Rashi in Chumash. The Gemara, in Chullin 91b, says that before Yaakov went to sleep it is written in the pasuk that he placed several stones around himself. However, when he arose, it says that he took the stone – in the singular. The Gemara says in the name of Rabbi Yitzchak that the stones were fighting amongst themselves; each wanted the tzaddik to rest his head on it. A miracle took place, the stones all becoming one stone. The Elya Rabbah’s grandfather asked this: what did the miracle of combining all the stones into one stone accomplish? Since the tzaddik’s head was still on only one part of the stone, each part of the stone should have complained that it wanted the tzaddik’s head to be placed on it.

The Elya Rabbah’s grandfather answers that we see from here that when there is one item, there is no concern as to which part of the item is closer to the kedushah; rather, all parts are equally considered adjacent to the kedushah.

In order to answer for the Magen Avraham perhaps we could suggest that there is a difference between the stones around which Yaakov slept and that of tefillin straps. Regarding the stone that Yaakov rested his head on, the actual stone is not an item of a mitzvah; rather, it falls under the category of tashmishei mitzvah or kedushah – items used to facilitate mitzvos. In this case it is serving the tzaddik with a place to rest. Such a stone is not comparable to a lulav or an esrog, themselves items of a mitzvah. Regarding tashmishei mitzvah and tashmishei kedushah, maybe there is no difference which part is actually touching or is closest to the kedushah. As long as there is one item, the entire item is considered tashmishei mitzvah or kedushah. Therefore, after Hashem combined all the stones into one, they stopped fighting – as now they were all considered serving the tzaddik.

On the other hand, when one ties the tefillin strap in the shape of a “yud” or a “daled,” that knot becomes part of the writing of Hashem’s name on the tefillin. It is not simply serving a mitzvah; it is an item of a mitzvah itself, similar to a lulav and an esrog. This is why the Magen Avraham ruled that one is forbidden to switch the straps around, for by doing so he will be taking an item that was being used for an actual mitzvah and setting it as something else.

Similarly, we can say that perhaps there is no difference in tashmishei kedushah as to which part of the item is closest to the kedushah. This is because the entire item is serving the kedushah. But within a mitzvah item itself, it does matter which part is actively more involved in the mitzvah. Thus, regarding the stones that wanted to serve the tzaddik, it sufficed to combine them into one so that they would then all serve the tzaddik. However, regarding tefillin, which is an item used for a mitzvah, to switch around the straps would be reducing the kedushah of an item and thus constitute a halachic violation. 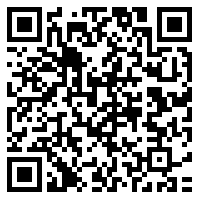