Congregation Bais Naftoli was established 23 years ago in memory of Holocause survivor, Naftoli Friedman. Now his nephew, Andrew Friedman, is President of the shul and organizes the annual Breakfast where honorees are chosen for their remarkable contribution to Jewish Life. On Sunday, June 28, this year’s honorees included Hungarian ambassador Reka Szemerkenyi and Rabbi Shaul Spira.

Rabbi Spira serves as youth director of the Bais Naftoli Congregation and was recognized for his dedicated service and contributions to the Jewish community. Each Shabbos, Rabbi Spira’s Amen Club brings enthusiasm to the children of the shul. They must participate with a hearty “amen” during the reciting of Mussaf and prizes are subsequently awarded for the most enthusiastic contributors. The rabbi also teaches at Cheder Los Angeles.


Reka Szemerkenyi became Hungarian ambassador to the U.S. back in February. After a long career in politics she is proud to currently represent the government of Hungary in America. Under this government, Jewish life has been experiencing a renaissance. More than 100,000 Jews still live in Hungary. There is now new funding for Jewish education as well as social and cultural programs. 600 Jewish cemeteries are being refurbished and shuls are being rebuilt. Szemerkenyi was venerated as she continues to establish peace and harmony between all Hungarians, irrespective of race, color or religion.

Cantor Moti Boyer came from the East Coast to support the event. In a melodious voice he sang the memorial prayer, Kel Moleh Rachamin, in memory of those who perished in the Holocaust.

Congressman Royce spoke of his efforts in support of Israel. He spoke about a meaningful letter that he recently authored, a letter which was signed by 90% of Congress, telling President Obama that Congress would seriously monitor the nuclear deal with Iran. He also said that he knew Israel took every precaution to protect lives in the recent Gaza War. He said he had personally visited the caves that were built by Hamas with specific goal of causing casualties, taking hostages and staging acts of terrorism.

Bais Naftoli, located at 221 S. La Brea with a membership of both Ashkenazi and Sephardi families, is now starting on the search for the 2016 honorees. 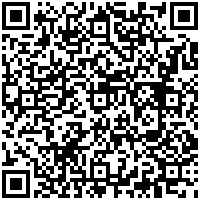