Taking long Shabbat walks in Beverly Hills bore fruit recently in Miami as Rabbi Alan Kalinsky, director of the Orthodox Union West Coast Region, competed in the ING Half-Marathon as a member of Team Yachad. He finished the 13.1 miles in 3 hours and 20 minutes – by walking and jogging.

Rabbi Kalinsky and his wife, Sandy, competed as Team Kalinsky, a component of Team Yachad, which entered more than 180 runners from around the U.S. and Canada to raise funds for Yachad, the OU’s agency for individuals with learning and developmental disabilities.


In addition to his OU responsibilities, Rabbi Kalinsky spent more than five years as rabbi of the Young Israel of North Beverly Hills. The round-trip walk to the shul from his home in Pico-Robertson is approximately five miles; sometimes he made the trek twice on Shabbat, in order to give an afternoon shiur. And on holidays, he had to make the walk on consecutive days – and sometimes even three days in a row. While leading the congregation, he built the strength and endurance to become a mini-marathon runner.

Sandy Kalinsky, meanwhile, “does aerobics regularly and was really fit for the event,” Rabbi Kalinsky said. The couple, competing together, finished the race at the same time and qualified for a medal.

Each Yachad participant was asked to raise $3,000 for Yachad. Team Kalinsky exceeded that goal.

Yachad has had a chapter in Los Angeles for many years, Rabbi Kalinsky said, “but this year there was a full-time director, Ian Lurie, based in the regional office. So there is greater visibility of Yachad. When we met in early September with Ian, who tried to get L.A. people to commit to the marathon, I resolved to do the race and raise the funds.”

Ian and his wife, Sharona, also competed in the race – as Team Lurie – with Ian’s sister working at the Yachad water station. In all, there were 20 runners as part of Team LA, the largest non-New York delegation. The Team LA fundraising was very successful, Ian Lurie reported. He hopes to double the turnout next year.

As for Team Yachad’s Shabbat, Rabbi Kalinsky described it as “an uplifting Shabbos experience.” 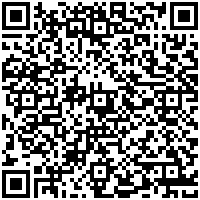