The Ben Zakkai Honor Society’s NCSY National Scholarship Dinner on Sunday evening, January 26 in New York will celebrate the legacy of Anne Samson, a”h, of Beverly Hills, who was tragically taken from family, friends and the Jewish community she served so well in a horrific August automobile accident in Los Angeles.

NCSY is the Orthodox Union’s international youth movement and the Ben Zakkai Honor Society (BZHS) is NCSY’s Alumni Hall of Fame. Proceeds from the scholarship dinner will be used to enable teens to attend NCSY events, including summer travel and study programs and the National Yarchei Kallah experience of five days of intense Torah study for public school teens during their winter break.


Anne and her husband, Lee, have been associated with NCSY for more than four decades. Lee was the first fulltime NCSY regional director and helped create the West Coast regions of both NCSY and the OU. Anne and Lee worked closely together innovating creative programs to reach teenagers, most notably, the first NCSY summer program – Camp NCSY – where young people from all over the West Coast found inspiration and education.

The dinner will be held at the Hudson Theatre at the Millennium Broadway Hotel in New York. For further information about the dinner, contact Elaine Grossman at grossmane@ou.org or 212-613-8350. 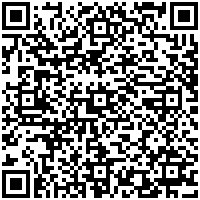