PIJ was designated by the U.S. as a Foreign Terrorist Organization on October 8, 1997.


In February of 2003, the U.S. Justice Dept. indicted eight members of the PIJ. On the day of the indictment, according to the senior researcher for a leading counter-terrorism organization, then-Attorney General John Ashcroft described PIJ as “one of the most violent terrorist organizations in the world.” Ashcroft said that the fundamental goal of the PIJ is to “destroy Israel and end all Western influence in the region.”

In Thursday’s press release, the government explained its basis for designating Nakhalah as a SDGT. It said he had “repeatedly taken credit for attacks against Israel,” and has “cultivated strong relations with the Government of Iran, the world’s primary State Sponsor of Terrorism.”

In addition to being a member of a group the U.S. has certified as a foreign terrorist organization, Nakhalah publicly urged PIJ to expand and improve relations with Hamas, another FTO. One example to which the State Dept. pointed was when, in Oct. 2012, PIJ announced it joined forces with Hamas to carry out attacks against Israel.  The day after the announcement, “PIJ and Hamas claimed responsibility for firing at least 50 mortar shells into Israel.”

As a result of the designation of Nakhalah being designated an SDGT, no one from the U.S. is permitted to engage in transactions with him, and all of his property and interests in the U.S. are frozen. 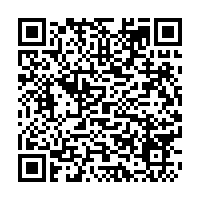