Prior to visiting inmates, the OJCB held a Chanukah candle-lighting ceremony and dinner reception on the last night of Chanukah at the MCJ. L.A. County Sheriff’s Department (LASD) Custody Services Division Chief Eric Parra, Commander Stephen B. Johnson and other high-ranking members of the Department who work closely with the OJCB and who assure that inmates of all religious beliefs are able to observe their religious rights during their incarceration were present as the OJCB gave awards to deserving recipients.


LASD Deputy Jennifer Hernandez and Custody assistants Judy Akiike of Religious & Volunteer Services, Marcos Hernandez of TTCF, and Kevin P. Lutz of Pitchess Detention Center were recognized for their unflinching support of the OJCB’s efforts. L.A. County Commissioner and OJCB Director and Senior Chaplain Howard Winkler told the honorees, “Your commitment and dedication to the OJCB and to the inmates we serve are greatly appreciated. The Orthodox Jewish Chaplaincy Board recognizes your professionalism and commends you for exemplary service.” Marcos Hernandez received the Exemplary Service Award for the second year in a row in recognition of his voluntary work – on his days off – in escorting the Jewish chaplains throughout the jails during Rosh Hashanah, as they davened with the inmates and blew shofar.

MCJ Lt. Sergio Murillo and TTCF Lt. Joseph Badali were also recognized for their continued support of OJCB’s work. Murillo and Badali have been instrumental in accommodating all inmates – and Jewish ones in particular – in their religious practices.

The Religious & Volunteer Services Unit of the L.A. County jails was commended for their professional management of the programs implemented by the OJCB.

Rabbi Moshe Yitzchok Schwartz, director of B’Derech Kovod, a community service organization in L.A. that supplies clothing to needy families, was honored for his tireless support of the Jewish community’s needs.

Attorney Tiffany Feder was honored for her work on behalf of the OJCB. She handles all OJCB legal matters and those of many others in the Jewish community as well.

Limor Zarin Amrani, a CPA who works with attorney and CPA Yosef Manela, was lauded by OJCB for her efforts on the organization’s behalf. The Manela accounting firm handles all OJCB accounting and financial matters.

All honorees and awardees who were present, along with the OJCB, received commendations from Rep. Brad Sherman, California State Assemblyman Richard Bloom, the L.A. County Board of Supervisors, Sheriff Lee Baca, and L.A. City Councilman Paul Koretz.

Following the awards event the chaplains, their assistants, and OJCB volunteers celebrated Chanukah with the Jewish inmates. 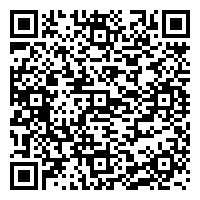