LASD Custody assistants Jason Alexander Case and Ricardo J. Pedroza and MCJ Captain Ralph G. Ornelas and TTCF Lt. Elior Morejon were recognized for their outstanding support and endorsement of the OJCB’s efforts. LA County Commissioner Howard Winkler, the OJCB director and senior chaplain, told the honorees, “Your commitment and dedication to the OJCB and to the inmates we serve is greatly appreciated. The Orthodox Jewish Chaplaincy Board recognizes your professionalism and commends you for exemplary service.”

Inmate Services Bureau Director Karen Dalton and Lt. John Hunter accepted awards on behalf of the Religious & Volunteer Services Unit for their professional management of the programs performed by the OJCB.

Rabbi Zvi Bojarski, West Coast director of the Aleph Institute, a Florida-based chaplaincy organization working with Jewish Inmates in many different jails and prisons throughout the country, and Rabbi Gavriel Hershoff, executive director of Aish Tamid of Los Angeles, a multifaceted outreach and crisis intervention program for the community’s teens and young adults, were recognized as well for their outstanding support and endorsement of the OJCB’s efforts. Both Rabbi Bojarski and Rabbi Hershoff are active OJCB chaplains at the L.A. County jails.

CPA Michele Lelah, who works with attorney and CPA Yosef Manela, was honored for her dedication to the OJCB’s mission. Lelah and Manela handle all OJCB financial and legal matters.

Elinor Marks-Gordon, LCSW, director of the Holocaust Survivor Program at Jewish Family Services (JFS) of Los Angeles, was also honored for her work with OJCB. The OJCB is exploring the possibility of setting up an “Adopt-A-Holocaust-Survivor” program in conjunction with JFS. Under the program, Jewish high school students would develop a relationship with and visit Holocaust survivors at least once a week. They would focus on those survivors with no immediate family members living near them.

Winkler, the OJCB director and senior chaplain, presented a commendation plaque to Sheriff Baca for his support of and close cooperation with OJCB. A special recognition award from Los Angeles Mayor Antonio Villaraigosa and L.A. City Council members was presented to Baca for his “steadfast leadership of the L.A. County Sheriff’s Department” and to the OJCB for “dedicated, outstanding and compassionate service to the inmates of the L. A. County jail.”

All awardees who were present, as well as the OJCB, received commendations from Rep. Brad Sherman, the L.A. County Board of Supervisors and L.A. City Councilman Paul Koretz.

Following the awards program, the chaplains, their assistants and OJCB volunteers visited the Jewish inmates and participated in the usual Chanukah festivities.

The OJCB is in desperate need of soft-cover sefarim and other appropriate reading materials (in Hebrew/English, Hebrew/Farsi and English only versions). All books must be new or in good condition, with no notes or anything else written inside.

A receipt will be sent to all contributors. Please send your tax-deductible contributions to: Orthodox Jewish Chaplaincy Board, P.O. Box 480454, Los Angeles, CA 90048. 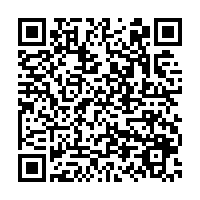