“We are very excited that Rabbi Jacobson has decided to join our team,” said Dr. Alan Kadish, president and CEO of TCUS. “I’m looking forward to working with Rabbi Jacobson and to seeing his vision for TCLA come to fruition.”


Among his responsibilities, Rabbi Jacobson will take an active role in recruitment, increasing program offerings and further heightening community engagement. Jacobson was drawn to the school “because of its dedication to both academic pursuits and the Jewish tradition.”

“TCLA’s commitment to educational excellence, without compromising the Jewish values parents and schools have worked so hard to maintain through high school, reflects my own personal and professional ethics of high standards for both Judaic and general learning,” said Rabbi Jacobson.

Late last year Dr. Esther Lowy, the founding dean of TCLA, passed away. A dedicated scholar, educator and mother, Dr. Lowy was the guiding light of TCLA since its inception and the entire Touro community mourns her passing. Rabbi Jacobson will work closely with Dr. Michael Hamlin, TCLA’s recently appointed academic dean, who assisted Dr. Lowy since TCLA opened its doors and led the Psychology division, as well as TCLA’s accreditation activities.

Rabbi Jacobson, who earned both a doctorate and a master’s degree in education from the University of California, Los Angeles, and has over 30 years of experience in all aspects of Jewish education, is the founder and executive director of Yeshiva Educational Services, Inc., which strives to improve the quality of student learning of both Jewish and secular studies in Jewish day schools. He has worked with most of the Jewish elementary and high schools in the Los Angeles area and has taught college courses on Jewish studies and education over the past 15 years. He received rabbinic ordination from the esteemed Rabbi Zalman Nechemia Goldberg in Jerusalem. 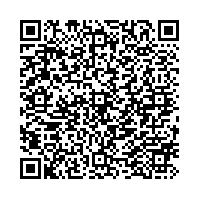