Pity the poor nebbish! Over the years his social currency has remained in the gutter while the social stock of his gentile cousins, the nerd and the geek, has soared to the point where it has become trendy and cool for individuals to have either of these chichi appellations applied to them.

People proudly wear the badge of nerd or geek on their sleeves today, but who aspires to become a nebbish? And therein lies the problem: the nebbish’s stagnant if not dwindling currency has left him an endangered Jewish species with the potential to go the way of the Yiddish theater, the Lower East Side tenement building, the pushcart, and the Borscht Belt comedian.


Nebbish is a Yiddish word applied to someone who is socially awkward, diffident, clumsy. His appearance matches his demeanor – in dress, mien, and countenance. He may raise our sympathy if not our compassion, and he is always the underdog. The term is unequivocally ethno/cultural – the nebbish looks Jewish, acts Jewish, whines Jewish. It would indeed be a risible misnomer to apply this term to, for instance, a lumbering six-foot-two Episcopalian with blond hair and blue eyes.

Nerds gained street cred with the 1984 motion picture “Revenge of the Nerds,” and geeks now revel in the hire-friendly eponymous term “computer geek.” But the nebbish? Aside from a certain famous Bronx-born, Brooklyn-raised Jewish actor-writer-director (known for such movies as “Take the Money and Run,” “Bananas,” and “Annie Hall”), culture has not touched the nebbish (or vice versa). He has been a pariah of the times or, worse yet, a hackneyed Jewish bundle of anxiety and insecurity spiraling toward obsolescence.

Devoid of any hip cultural connection, the nebbish might gain social acceptance by having his Yiddish epithet associated with something, well, cool.

The etymologies of the geek and the nerd are not entirely clear, with different origins ascribed to each depending on the source you look at. By some accounts, the geek dropped into the lexicon in about 1914 as a term applied to circus freaks who lopped off the heads of animals with their teeth. The nerd is sometimes said to have made its print debut in the 1950 children’s book If I Ran the Zoo by the celebrated author known as Dr. Seuss. In the story the nerd is one of the exotic characters the narrator would import to the zoo if he managed it: “And then just to show them, I’ll sail to Ka-Troo, And bring back an It-Kutch, A Preep and a Proo, A Nerkle, a Nerd, and a Seersucker, too!”

By recent standards, at least, geeks merit professional academic study and circumspect cultural attention while the nebbish appears to be neglected in these important erudite circles. A University of Virginia study, for instance, published in the journal Child Development in 2014, revealed that adolescents whose social skills impeded their popularity went on to become more successful than their more popular counterparts. The geeks achieved higher levels of skills while the erstwhile cool kids later developed behavioral problems, including alcohol and drug abuse. The study followed 184 teenagers over a ten-year period starting when they were 13 years old.

Nowhere was the “nebbish” mentioned in the University of Virginia study. With this curious specimen of timidity apparently eschewed by social anthropologists, perhaps one day Jewish university researchers will undertake a study of the social ramifications of being a nebbish. In the parlance of the nebbish and his co-religionists, Would it kill them to do this?

You don’t have to be a gentile to be a nerd or a geek, but the nebbish is quintessentially Jewish. People of any nationality, religion, or ethnic group may qualify for the former two, but the nebbish gene has to be in a person’s DNA. His personality, his mannerisms, and the way he holds himself are all kind of pitiful but yet collectively rich components of recognizable Jewish traits. 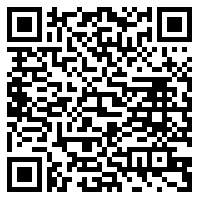