Scholars-In-Residence: On April 4-5 Rabbi Menachem Leibtag will speak at BCMH in Seattle… On April 11-12 Rabbi Yosef Yitzchak Jacobson, dean of theyeshiva.net, will speak at YICC in L.A. (Pico) while Rabbi Y.Y. Rubenstein will speak at Anshe Emes in L.A.

Events In The West: On Sunday, April 27 the San Diego Community Holocaust Commemoration program, “Defiance, Rebellion and Resistance,” will take place at the Lawrence Family JCC Jacobs Family Campus at the David and Dorothea Garfield Theater. The keynote speaker will be Elan Bielski, grandson of Zus Bielski, a partisan… And The Calabasas Shul features Dr. Itzchok Book, whose topic is “In the Sands of Sinai” – a physician’s account of the Yom Kippur War.


Community News: L.A. now has more than 20 gemachs, from where one can borrow everything from car seats to wedding gowns. The newest gemachs include a second simcha gemach, with vases, dishes, plates and centerpieces; a cell phone gemach; and an Israel cell phone gemach… Ralph’s, in the Pico-Robertson area, has opened a kosher section. It is similar to the one in the La Brea-Hancock Park area. The kosher consumer must keep in mind that Ralph’s is not a fully kosher market. To emphasize this point, some of the same products that were mistakenly placed in the kosher section at the La Brea-Hancock Park store were found in the kosher section at the Ralph’s Pico-Robertson Kosher bakery section. The products come from an out-of-state bakery that bakes both kosher- certified and non-certified products. Its name is similar to that of a popular Los Angeles Kosher bakery. The kosher consumer should also remember that the mashgichim only supervise their specifically assigned sections. They are not assigned to walk the floor and check for non-kosher products that may appear in a kosher section display as a result of misplacements by customers from other parts of the store. 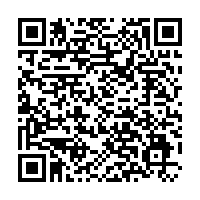