The young couple sitting behind me in the small black box theater at the Hirshhorn Museum could not stop giggling at Ori Gersht’s film, “The Forest.” With each boom that broke the silence as another tree fell in the forest, the two young people mocked the posted sign outside the room, which offered context for the 13-minute film: “The well-known Zen koan ‘if a tree falls in a forest, and there is no one there to hear it, does it make a sound?'” The viewers apparently did not read the entire posted note or they would have seen a completely different and less humorous side to the film by the Tel Aviv-born artist.

The plot of “Forest” might sound boring at first – sort of like Dr. Seuss’ “Lorax” minus the characters. Gersht focuses his camera on a series of falling trees set to a soundtrack that oscillates between bangs and utter silence. The film is almost exclusively shown from a high vantage point, and the falling trees often appear in an optical illusion to fall straight down as if a hole suddenly opened up beneath their roots.

Several of the trees are so close to the camera that they become abstracted and could pass for giant human legs, and when Gersht does show the forest floor, the branches of the fallen trees reaching for the sky resemble writhing people or overturned bugs attempting to right themselves. Throughout the film, a stunning, almost supernatural, light lends the forest a mystical or magical atmosphere, which furthers a paradoxical blend of beauty and destruction.

The Hirshhorn note raises a number of questions about “Forest”: “Who or what is causing these trees to fall? Is this a statement about nature and inevitability, about proverbially missing the forest for the trees, a commentary about deforestation, or a metaphor for loss? Or is it perhaps an exercise in anticipation?”

No matter how “soothing” the forest seems, it is also “mysterious,” the note continues, and it draws from the artist’s own life. The 100-foot trees in “Forest” are deep in the Moskalova woods between Poland and Ukraine, where Gersht’s in-laws witnessed the Nazis killing their friends and neighbors while they were in hiding.

In that light, each tree that falls could be a person, and each severed small branch a child. After watching the film through several loops, I began to notice more and more variety in the trees. Some seemed to dive majestically while others toppled unawares. There were also many variations in the bark of the trees, almost like human skin, with hills and valleys and imperfections in the coloration. It is hard for me to imagine whether I would have so personified the trees in my head had I not known they were Holocaust references.

The other two viewers in the theater were either unaware or unimpressed by the interpretation, and this is hardly the first time audiences responded differently to the same work of art. Gersht might have even intended for the mixed metaphors.

Still from Ori Gersht’s “Pomegranate” (2006). Courtesy of the artist.

But the companion piece at the Hirshhorn, from the collection of The Jewish Museum, is much harder to interpret comically, though it is also a bit absurd. “Pomegranate” (2006) is a three-minute film, entirely set on a gray windowsill. A gourd and a cut-up cantaloupe sit on the sill, and a head of lettuce and a pomegranate dangle above tied by strings. The backdrop behind the lynched fruits is dark black, which evokes Dutch and Spanish “vanitas” or “memento mori” still-life paintings, meant to lead viewers to project themselves onto the fruit, which would surely decay and to meditate on their own emptiness and meaninglessness.

Gersht helps viewers out by hitting them over the head with his metaphor. After a few seconds, a bullet emerges from the right side of the frame and pierces the pomegranate. The fruit explodes dripping blood-like juice and seeds all over the other fruits and on the windowsill. Another film, in the Hirshhorn’s own collection, shows another explosion. The nearly four-and-a-half minute “Big Bang II” (2006) uses an annoying shrill sound to warn viewers something ominous is about to happen to the vase of flowers. Sure enough, a bullet pierces the vase, and the entire centerpiece explodes.

In a great podcast interview with Hirshhorn staff, Gersht explained that the sound in “Big Bang” was a mixture of recordings of Israeli air raid and Holocaust memorial sirens. In fact, shortly after he got the recordings from a sound library, the second Lebanon war broke out, and the sirens could again be heard in Israel. The Hirshhorn website also credits the violence of the bullets piercing the vase and the pomegranate to “the experiences of the artist’s fear-filled childhood in Israel.”

It is refreshing to see such a major museum as the Hirshhorn acknowledge Israeli and religious aspects to artwork in its exhibits, especially as it downplayed any Jewish aspects to its show of Morris Louis’ works late in 2007. Gersht has also tackled Holocaust imagery in several others series, including “White Noise” (2000, not featured at the Hirshhorn), where he photographed a train journey from Krakow to Auschwitz, the same trip victims took in cattle cars.

Gersht explained in the podcast that he was struck by his ability to look out the windows, while the Holocaust victims had no such luxury, so he felt a desire to “somehow outlive the historical events.” He grew increasingly frustrated that he could not capture scenes that were passing by so quickly, but when he developed the photos he realized the abstraction made sense. He had been “dealing with a desperate attempt to capture the past,” though cameras can only capture the present.

Another series “Ghost” (2004), which also does not appear in the Hirshhorn show, featured photo shoots of ancient olive trees in Israel and Gaza. Gersht chose to take the pictures in the high heat of the middle of the day – when photographers are not advised to shoot because the contrast is so low – and he used very long exposures. The resulting images of the symbol of peace are eerily ghost-like and elusive.

Gersht’s theme of “tension between a disaster and tranquility” permeates many of his works. It is not insensitive to show beauty in forests that oversaw concentration camps. Gersht also sees themes of “registering and erasing, remembering and forgetting” in the forest’s ability to absorb collapsed trees and to fill in the gaps with new ones. The couple that giggled at the film might note that the trees were not falling for tragic reasons; they were all marked to be cut down by foresters, who merely sped up the process from a couple of years to a matter of days.

But Gersht manipulates the banality of the materials and the content, and in his hands they become symbols for much larger and much more personal issues and events. And that might be Gersht’s greatest achievement. Some artists feel they need to address tragedy in grandiose ways. Gersht sees microcosms of those events in everyday objects: flowers, trees, and pomegranates. Watching those objects explode as they are pierced by bullets, it is hard not to imagine with him.

Menachem Wecker welcomes comments at mwecker@gmail.com. He is a painter and writer, and resides in Washington, D.C.

For more information on Ori Gersht and his work, visit the websites of his galleries: Mummery + Schnellle, Angles Gallery, and Noga Gallery. 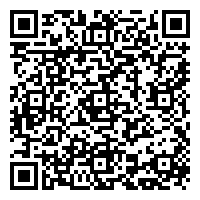