When Menachem was a baby, he seemed like any other normally developing kid. Videos from that time show him laughing and reacting to other people; you’d never guess how he would turn out. I don’t know, maybe a professional might have seen the signs, but I certainly didn’t.

Later, as the months passed, his father, Dan, who’s my older brother, started telling us about issues that were coming up with Menachem, and evaluations he was undergoing. By the time he got the actual diagnosis of autism, I can’t say I was shocked; it was too obvious by then that something was wrong.

To me, the word autism conjured up images I’d seen on T.V., of high-functioning individuals like Dustin Hoffman’s character in “Rain Man,” who may not have been normal, but were able to do some extraordinary things. At worst, I pictured an autistic child as someone existing in a catatonic-like state, curled up and in his own world. What I never imagined was Menachem, who never stops moving and takes all your wits and energy just to care for him.

I can’t say I have much of a relationship with my nephew. I’ve tried, but it’s difficult. How do you relate to someone who can’t relate back? Dan tells me that when he comes to sit next to me, that’s his way of initiating communication, but without my brother serving as interpreter, how am I supposed to know how to read his actions? It would be different if he were, say, mentally handicapped. If a forty-year-old is functioning at the level of a five-year-old, you can at least sit down and talk to him the way you would to a five-year-old. Even with a baby, you get a smile, some kind of reaction that encourages you to keep on trying. But with Menachem, there’s no response at all. I’ll say, “Hey, Menachem, how’re you doing?” And the interaction comes to a dead end.

So when I get together with my brother’s family, it’s the other children that I focus on. Still, having Menachem around is frustrating nonetheless, because he impacts on my ability to have a normal relationship with my nieces. We can’t go as a family for a picnic in the park, because my brother will spend the entire time shadowing Menachem, and I, feeling bad for him, end up following my brother around. When Menachem is with us, every bit of planning and focus is centered on him. As a result, we try to schedule activities for when Menachem’s at school. I grew up in a family where cousins got together frequently, and I want my own children to do the same with their cousins. Getting Menachem out of the picture is the only way to do it.

Sometimes I wonder if by arranging family get-togethers for when he’s not around, or by avoiding interacting with him, we’re running away from him. Maybe I’m wrong, but my answer is always ‘no’ – because, honestly, I don’t believe he cares.

I know I might get hit over the head for saying this, but I feel that Menachem should be in an institution. The care that my brother and sister-in-law give him is more than above and beyond – and I’m not just saying this because they’re my family. Their absolute dedication to him is superhuman. But it takes a toll, and for me, as their brother who loves them, it’s a painful toll to watch.

They say that couples raising an autistic child have an 80% divorce rate. Think about that statistic. All normal, healthy marriages have some stress, whether for financial reasons or others. Consider the parents of an autistic child: they have the same stresses that all of us have, plus a huge, ever-present, all-consuming additional one. How can this not take its toll on the relationship?

And then there are the other children. I don’t know whether my nieces resent all the disruption to their lives that Menachem causes – after all, in their eyes, this is their model of normal family environment – but I resent it for them. They can’t keep candy or regular kid food in the house – all food must be regulated depending on Menachem’s special diet of the moment. They can’t have friends over. Not because they’re embarrassed of him; if it were simply that, then I’d say, well, it’s good for your friends to learn that there are different kinds of people in the world. But with Menachem’s frenetic activity and tendency towards outbursts, they really can’t have friends over. What kind of childhood is that? 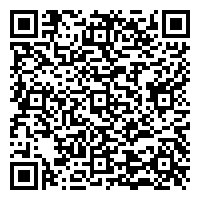