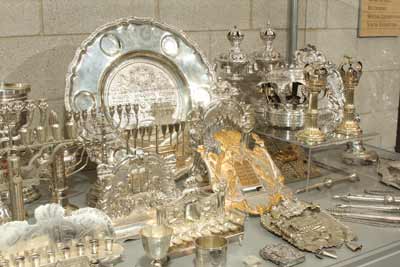 By its very definition, a museum is a building that keeps and displays art, artifacts, scientific specimens, or other objects of permanent value. Most of us probably remember school field trips to our local history museums where we ogled at glass-enclosed displays of times long gone. They were frequently dark and musty places, and often the connection between what we were viewing and our lives was somewhat tangential.

In the past number of years, numerous museums of Holocaust history have been erected throughout the world. They serve as a permanent reminder to all nations of the world of man’s inhumanity to man, of genocide and the attempted destruction of an entire race. The Illinois Holocaust Museum and Education Center, located in Skokie, Illinois opened in April of 2009 with the mission of being dedicated to preserving the legacy of the Holocaust by honoring the memories of those who were lost and by teaching universal lessons that combat hatred, prejudice and indifference.

A new exhibit, entitled Rescue and Renewal, was recently opened at the museum. On loan from the Hebrew Theological College, this partnership between the HTC and the museum shares the story of the objects rescued by the Jewish Cultural Reconstruction with a larger audience – and a new generation – providing a greater educational opportunity. Grace Cohen Grossman, who served as Senior Curator at the Skirball Cultural Center in Los Angeles for three decades, and is recognized as a scholar of the history the Jewish Cultural Reconstruction, served as keynote speaker for the opening of the exhibition. She said, “In bringing together these remnants of the European Jewish community, HTC and the Illinois Holocaust Museum are fulfilling both of their missions.  Every day students at HTC continue to study Jewish tradition and live it to the fullest.  And through their tremendous efforts, survivors and others have created the Illinois Holocaust Museum as a place of remembrance where people of all backgrounds come to hear the stories and to learn the lessons of the Shoah.  The partnership is about ongoing renewal as a privilege and a responsibility.”

The Nazis wanted to wipe out the Jews. Hitler allegedly wanted to save Jewish art and ceremonial objects to have in a museum to show what Judaism had been like before the “final solution.” How ironic that this new exhibit, showing unclaimed ceremonial objects, features objects we all use today in our homes.  All of these items were once used by real people who were destroyed in the Holocaust. These items were looted by the Nazis, and left unclaimed after the war, indicating their owners and extended families all perished. Painstakingly salvaged and curated, the unique story of how this collection came to be began in the fall of 1950.  At that time, Hebrew Theological College (HTC) Librarian Leah Mishkin received several large crates filled with Jewish ceremonial objects and religious texts.  More crates would arrive over the next few years until, ultimately, Mrs. Mishkin became custodian of over sixty objects and thousands of books, entrusted to HTC by Jewish Cultural Reconstruction, Inc. (JCR).  The U.S. State Department vested authority in JCR for the identification and redistribution of “heirless” Jewish cultural property found in the U.S. Occupied Sector of Germany.  All told, JCR took custody from the American Military of 500,000 books, 1,000 Torah scrolls, and 17,000 objects for which no claims had been filed and no heirs could be determined.

The exhibit is housed in a Lucite case, approximately 3 feet deep by 6 feet long. There is an array of silver objects inside – besamim boxes, bechers, menorahs, Torah yads, Torah crowns, with large silver Seder plate prominently displayed in the middle. Approaching the display, I felt like I was traveling in a time warp. Nothing behind that Lucite case looked exotic or strange to me. The besamim holders or candlesticks could just as easily have been on the shelf in my dining room. The Torah crowns, yads and breastplates are beautiful silver examples of those that adorn the sifrei Torah in my shul. The enormous silver Seder plate would not look out of place at a family Seder in today’s world. I had the mind stretching experience of looking at the past and seeing my own present. Though I was viewing “yesterday” through a very small lens it easily meshed with my own “today.” 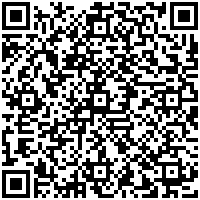