They say it takes a village to raise a child, but what happens when the village has no idea what to do with the child?

I’d like to say from the outset that I’m not trying to sound bitter, or accusatory, because in fact I feel neither. Chances are, if the situations were reversed, I’d act in exactly the same way as everyone else. All I’m doing here is describing the reality.

And the reality is that, within my community, Menachem as a person is virtually ignored.

The neighboring children, who are out playing at all hours of the day and evening, ignore him. Their parents ignore him, too. Most people will pretend they don’t see him, that he isn’t there.

As I said, I understand where this reaction is coming from. A boy like Menachem makes people uncomfortable, and when they’re uncomfortable, their instinct is to look away. Or maybe they don’t know how to react, what the appropriate reaction is in such a situation. Maybe they even think that it’s the polite thing to do, to pretend that everything is perfectly normal, that my son is perfectly normal, or that at the very least they aren’t noticing how abnormal he is.

Recently, we had an incident where my daughter’s friend accidentally left the front door open, and Menachem ran out of the house, shirtless. I wasn’t home, and my wife and a  woman who was helping her chased after him. He is too heavy for them to lift, and they were struggling with him outside for quite a while, to get him back home. In all that time, no one offered to help them. No one. Why not? Are people so oblivious to what’s going on around them? Are they so afraid to reach into someone else’s life?

I don’t know. I have my theory: In our well-populated city, people’s lifestyles tend to be more private, and it doesn’t occur to them to notice a neighbor or offer help as it would in a smaller, more open community. There are loads of chassadim being done here, so it’s not that people are mean or selfish. But still, they’re more distant towards someone they don’t know.  In addition, our community is filled with people in exactly the same stage of life as us – people overwhelmed with making a parnassah, raising large families, staying afloat. It’s hard to expect people to also have the time and energy to notice someone else’s needs. I’m not judging – really.

And then again, maybe the problem is us. Maybe we’re not forthcoming enough, maybe we’re too reticent about asking for help, or going over to strangers and bringing up the subject of our son. All I know is that in all of the years we’ve lived here, no one has ever said, “Hi, I see you have a special needs son. Can I invite him over sometime to give you a break?”

What is interesting though, while people tend to turn a blind eye to Menachem’s tantrums, I do get dirty looks when he’s mechalel Shabbos. Maybe people think that in the area of halacha we should have more control over him? More likely, they’re not thinking at all when they look disapprovingly. Just a bit of common sense, and common empathy, can make a world of difference to those of us with special needs children.

I definitely don’t feel comfortable bringing him to shul. I can’t really blame it on the shul; Menachem isn’t able to sit still, and it wouldn’t be appropriate to bring him. It would be nice if they tried including him in shul activities at least, but then again, who’s to say it would even help? I remember one year bringing him on Simchas Torah. The whole minyan waited for him to come in before doing Kol HaNaarim, and then at the last second he had a tantrum and it all turned into a big mess. So even if they try, there’s no guarantee that it would help.

I admit, I’m disappointed that the community rabbanim don’t do more to reach out to us; I’ve always believed that this is a big part of their job. But then again, there are people in the community who can’t put food on their tables. There are so many needy people out there; there’s a limit to how much a rav can do. Who knows? Maybe I should be doing more to help other families…

The whole issue of how much the community should be helping is one I’m very ambivalent about. Unlike my husband, who grew up in a small Jewish community, I’m used to living in a larger community and understand the dynamics more. I have fewer expectations than he does.

What exactly is a community’s responsibility to my son? Our neighborhood is filled with really great people, and they’re fabulous when it comes to helping out a family in a crisis. But our situation isn’t an acute crisis; it’s chronic, and people don’t necessarily realize what we’re dealing with.

Really, there’s not much outsiders can do to help. He’s not like a friendly Down’s syndrome kid, where mothers in the park can encourage their children to go play with him. He stays with us all the time, inside. And what help do I need? I have my time to go shopping when he’s in school; I’m able to get meals together. We’re functioning fine, baruch Hashem. But still, aside from the physical exhaustion of being constantly on the alert, it can get lonely.

We’ve had some heartwarming encounters. Like the neighbor who knocked on our door, saying that she was speaking to her children about helping other people, and the kids decided on their own that they wanted to come play with Menachem. It lasted for a few Shabbasos, and they even made a point of bringing him mishloach manos. And then there’s the family that invited us for a Shabbos meal on three different occasions. We’re not an easy family to host; one of us spends the whole time running after Menachem, to make sure he doesn’t tear the house apart. But we were so touched that they thought to invite us, and more than once even. I don’t think we’d ever gotten invited back to the same family before.

There’s a wonderful organization in our community that helps kids with special needs. Menachem has gone on some of their Shabbatonim and participated in some of their activities. But in terms of the average person in the community…well, I can’t say that I’m blown away, but I do understand people’s hesitations.

Being a parent of a special-needs child can be isolating. When Menachem’s home, then I’m homebound, which means that on Shabbos, which is the main time that women here socialize, I’m rarely able to leave the house. I don’t know the other parents in his school. I never see them; for children like ours there are no play dates. Everyone in our situation is in survival mode. If you haven’t slept in two months, you aren’t going to make the time to get together with other parents. I did try going to a support group here for parents of autistic children, but Menachem was by far the lowest functioning kid in the group, and I found that depressing.

I feel like I don’t have anyone to rely on in a pinch. Because taking care of Menachem isn’t a simple matter, I know that if I and my husband are running late one day and won’t be home in time for Menachem, we’re in trouble, and the thought is terrifying. There’s no one I can call to come over and watch him for me. I don’t know if this reflects poorly on our community, if it’s because we live far from family, or if every parent of a special-needs child feels this way, but it’s the reality I live with.

What gestures would I appreciate from the community? Mostly, for someone to smile and say hello to my son instead of staring or pretending he’s not there. For someone to call and ask how I’m doing, if there’s anything they can do to help. Even though the answer would probably be no, it would mean the world to me for someone to ask. 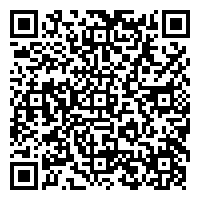