This Shabbos we bentch Rosh Chodesh Shevat, which falls on Thursday (January 2). This month signals the start of spring in the Holy Land, where buds are already visible on the almond trees.

The holiday of Tu’ B’Shevat occurs during the full moon phase and celebrates the New Year of the fruit-bearing tree. The land of Israel is blessed with the shivas ha’minim (seven species), the fruit of which prominently grace our Tu B’Shevat table. Olives, dates, grapes, figs and pomegranates take precedence over other fruits and nuts when making the bracha of borei pri ha’eitz. (Wheat and barley make up the balance of the seven species.)


“El ginas egoz yoradeti… I descended to the garden of nuts” (Shir HaShirim 6:11). Hashem likens Israel to the nut – unpretentious on the outside yet moist, meaty and nutritious on the inside (Rashi).

“…liros haparcha hagefen heineitzu ha’rimonim…” continues the verse. “…to see whether the vine has blossomed and the pomegranates have ripened.” The vineyards allude to the flowering Talmidei Chachamim, the pomegranate seeds to the many merits accrued by those who adhere to G-d’s commandments. (The average pomegranate contains 613 seeds.)

To be sure, behind every great man there is an extraordinary woman, without whose support he would come up short. One such woman was the esteemed Rebbetzin Rivka Schneerson who was married to the Rebbe MaHaRash (R’ Shmuel, 4th Lubavitcher Rebbe), who was her first cousin and youngest son of the Tzemach Tzedek.

One night in Kislev the Rebbetzin’s mother and grandfather (the Mitteler Rebbe, R’ Dovber) came to her in a dream. Her mother smiled and told her daughter that she and her husband should write a Sefer Torah. Her grandfather then added that she would have a “fine son” whom she should not forget to name after him.

A few days later they visited her in a dream again, this time accompanied by another elderly man who blessed her – to which her mother and grandfather, as well as the Rebbetzin herself, answered “Amen.”

When she revealed both dreams to her husband, he immediately set about having a Torah scroll written. Some ten months later, Rebbetzin Rivka presented the mantle she had embroidered for the Sefer Torah to her father-in-law, the Tzemach Tzedek. He wished her mazel tov and gave her a bracha that the blessing she received in her dream from her grandfather (the Mitteler Rebbe) and his grandfather (the Alter Rebbe) be fulfilled.

A week later she gave birth to R’ Shalom Dovber (the RaShaB), who would ultimately succeed his father as leader of Chabad when the MaHaRash succumbed to a prolonged illness at the young age of 48. The revered Rebbetzin Rivka – whose Yahrtzeit is observed on the tenth of Shevat – survived her husband by over 30 years. Her grandson, R’ Yosef Yitzchak, the son of R’ Shalom Dovber, founded the Bais Rivka school for girls.

“He shall be like a tree replanted by streams of water that yields its fruit in due season, and whose leaf never withers. And everything he does will succeed…” (Tehillim 1:3).

Dovid HaMelech depicts the Torah-abiding man flourishing just like the tree that receives its nourishment from the water (Torah) by the stream, thereby garnering success in all his works.

HaRav Sholom ben R’ Moshe Feivel Klass, the architect and publisher of The Jewish Press, left for the Olam HaEmes on the tenth of this month, just a few days shy of Tu B’Shevat.

The Torah columns disseminated on these pages week after week are to the credit and merit of Reb Sholom, zt”l, a renowned talmid chacham and passionate advocate for all Jewish people in his time, as we say in Yiddish, “tzu G-t un tzu leit.”

In the span of forty years at the helm of this paper, he responded to over 20,000 questions relating to a wide range of halachic issues. His tremendous legacy continues to live on in his children, grandchildren and great-grandchildren, as well as in the myriad of Yiddishe neshamos that benefited from his and his eishes Chayil’s altruism.

The month of Shevat, according to the Sefer Yetzirah, is associated with the letter tzaddik. A Tzaddik is, literally, a righteous person, one who eats to live, to have the energy to serve the Ribono shel Olam – versus the gluttonous, insatiable kind that live to eat, to satisfy their corporeal cravings.

This coming fifth of Shevat marks the first yahrtzeit of a pure soul who distinguished himself quietly and humbly in his sojourn on this earth. He was but a young man barely out of his teens when the ravages of World War II flung him from one nightmarish scenario to another.

As he was about to be shot and tossed into the trenches he and his fellow-captives were forced to dig, he contracted the dreaded, infectious Typhus disease. Since the Nazis did not expect the feverish, delirious man to survive, they let him be. Miraculously, he came to himself within a couple of days and assuaged his severe dehydration with some discarded apple remnants lying about.

The war had neared its end and the Russians soon appeared to round up the remaining Hungarian and German laborers, to make use of them on their own turf in Leningrad. Before being dispatched to the fields, they were systematically lined up for medical evaluation.

This young man was among the first to be checked as his surname began with an “A.” The general in charge inquired about the small packet he clutched in his hands. The contents were revealed to be a pair of teffilin and elicited a gasp from the general: “Di bist a Yid?”

When my uncle, R’ Menashe ben Boruch Altman, disclosed that he was one of several Yidden in the group, the general assured him they would all be relieved of backbreaking work outdoors in the impossibly frigid winter climate.

Having meticulously recorded the name of each Jew who subsequently appeared before him, the general made good on his word. One day not long thereafter, four trucks pulled up and 200 Jewish men (fifty per truck) were driven away and dropped off at the Romanian border from where each made his way to his respective destination.

A pair of teffilin a young man refused to part with saved 200 lives. Chasdei Hashem, eight newborns named Menashe for their revered great-grandfather will be joining the family gathering this month to observe his first yahrtzeit.

Judaism Through The Lens Of Responsa 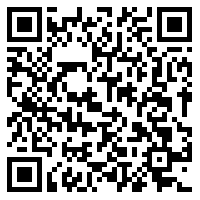