In your answer to “Rooting for you” (Chronicles, Nov. 15), you present the argument of people who do not see Yishuv Eretz Yisrael (settling in the land of Israel) as a commandment for our times.

It is one thing for people to say that they are unable to move to Israel for assorted reasons, such as parnassah, ailing parents, etc., but that if they only could they would. But using the excuse that it is largely irreligious compounds the situation. Can you just imagine how the picture would change if a million Orthodox Jews would move to Israel?

One of the terribly sad failures of the rabbis in Europe during World War II was that they discouraged Jews from going to Israel. The country is treif, they said, and whole communities stayed in holy Europe with its yeshivot and batei medrash and were murdered.

An elderly family friend was sitting shiva last year for his wife. Both were survivors of Auschwitz. He told us the following story.

He was from Hungary and his father had the kosher bakery in their town. All the Jews of that town bought from this bakery. News of what was happening all over Europe circulated, and the oldest son of this family somehow managed to get passage for his parents and siblings to Palestine. This became known, and that Shabbos in shul the rabbi got up and said that from this time on it is forbidden to buy from this man’s bakery… It is no longer kosher.

The father was in shock. The rabbi told him that he understands that they are planning to go to Palestine, the “treifa medina.” This was too much for the father to bear. They stayed put. The only survivor of this family was this one son.

This is a story that was repeated many times over throughout Europe. Can you imagine if the millions of Jews who were shomrei mitzvot had gone to Israel before it was too late? Moshiach would probably already have come. It is too late for them.

Every generation has its own nisayon (test). The Jews enslaved in Egypt had tremendous nisyonot and their wives, the righteous women, brought about the redemption through their actions.

What is required today of the women is not to bring food to the slavery fields; it is to help the family uphold Torah, to encourage husbands and children to learn, and perhaps it is to encourage the family to live in Israel and strengthen Torah in the land of Israel. And to help make Torah-observant Jews the majority, so that the laws coming out of the Knesset will uphold Torah.

It is entirely true that it may be too hard for families to pick up and move to Israel, but at least they should be yearning to. They should imbue their children with the dream that “someday, as soon as we are able to, we pray that Hashem will help us to live in our land, the land of Israel.”

And by the way, there are many Orthodox neighborhoods in Israel. If someone wants to live among shomrei Shabbos neighbors and yeshivot, they abound in Israel.

I am afraid that your answer last week might, G-d forbid, be reminiscent of the Meraglim’s mistake. Yes, the land of Israel is good and the fruit is big and plentiful but…. We have to be ever careful of how we talk about the land of Israel.

To the woman who originally wrote to you: It may be difficult for you, but if you do go, you might see rewards beyond your wildest dreams.

A Lover of the Holy Land

Don’t know of too many people who don’t fall in love with our Holy Land. “It was so hard to leave!” is the oft-heard refrain of visitors to Israel.

This, however, doesn’t alter the reality – that there are divergent views among our people regarding yishuv Eretz Yisrael in our day. Like it or not, that’s just the way it is. One can question the validity of the contentions, but the arguments are too many and too complicated to go into in this forum.

It’s easy to get caught up in “It needn’t have been that way…” and to lament “If only…”, but the fact is that 6 million Jews (plus a couple of million non-Jews) perishing in the Holocaust was not mere happenstance. This was a Heaven-ordained gezeira (decree), and if someone was meant to lose his life it wouldn’t have mattered whether he or she had left Europe or stayed behind; Hashem has our addresses wherever we are.

Let’s not kid ourselves… we all yearn to move to Israel, but as Shlomo HaMelech put it, there is a right time for everything. For some of us the time may be now, for others now is not feasible or is simply not meant to be.

The following story attributed to the Lubliner Rav, R’ Yehuda Meir Shapiro (who instituted the Daf Yomi in 1923), perfectly illustrates this. He had once made his mind up to go live in Eretz Yisrael and publicized his family’s intent to all of his talmidim and chassidim. Since he was slated to leave right after the Shavuos holiday, the crowd that came to spend that Yom Tov with their revered Rebbe was larger than usual.

On the evening of the first day of Shavuos when the Rebbe went into his private room for the short interval between Mincha and Maariv, it was hours before he finally emerged. In fact it was past chatzos. Instead of beginning to lead the Maariv prayers, he surprised everyone by announcing that his plans to travel to Eretz Yisrael were off – at least until the coming of Moshiach.

The Rebbe then returned to his room and returned momentarily. He davened Maariv and made Kiddush.

At the table he revealed what had caused his delay. “On each Yom Tov Sheini shel Goluyos (the additional second day of Yom Tov in the Diaspora), we are enveloped by the special ohr (light) of Yom Tov. On this night, that ohr was not sent down from Shamayim on account of our having resolved in our minds to live in Eretz Yisrael – where this second day is not celebrated.

“I argued mightily that we were still here in chutz la’Aretz (outside of the Holy Land) and should therefore not be deprived of the Yom Tov light, but all my reasoning was for naught. As we weren’t prepared to forfeit this special holy light, we determined we would not be traveling to Eretz Yisrael after all, but would wait to go with Klal Yisrael when Moshiach would come.

“However, resolving this in my thoughts was insufficient. Since I had originally announced our plans to move publicly, I had to come out here to publicize our change of heart. Just as soon as I did, that special Yom Tov light descended upon us.”

The Lubliner Rebbe remained in Lublin for the rest of his life, to the benefit of countless of his followers – as Heaven had ordained.

Speaking of ohr – light, we are currently in the midst of celebrating miracles as we bask in the aura of our Chanukah flames. May we soon gather to witness the lighting of the Menorah in the Bais HaMikdash! 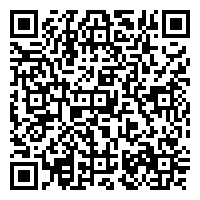