We had suffered the insufferable and experienced the worst pain imaginable.  We felt like we needed to escape the pitying glances and the even more disturbing gossiping of the yentas.  My boss was incredible and told me to take as much time as I needed – with full pay.  My wife had family in New York, so it seemed like a great idea to get away and try to move on.

It was a huge mistake.  The concept of shiva and seven days of mourning forces people to confront and deal with their feelings.  We tried to run and hide from ours, but there is no way to hide from pain and loss like that.  If I could do things over, I would have sat shiva even though it was not required.  I needed to confront my demons and express my belief in my children’s existence.


I was a Ph.D. student, so I naturally gravitated toward books that described the loss of a child.  I read that couples that experienced child loss divorced at a significantly higher rate than the population at large, and my wife and I decided that we would make sure that would not happen to us.

It was a foolish thought.  Being aware that marital difficulties occur and actually avoiding them are two very different things.  People grieve differently.  I needed to be focused on the babies at all times while my wife felt the need to grieve internally and try to distract herself with other activities.  I will not sugarcoat – those differences almost cost us our marriage, as the fights we had promised to avoid became a regular part of our everyday lives.

I think, deep down, we always knew that we loved each other; we just didn’t have the necessary tools to deal with that type of pain.  How could either of us leave the only person in the world who really understood what we were feeling?

I have a background in counseling, and I can say that the biggest mistake that I ever made was refusing psychological help after we lost the twins.  I was trying to keep my tough-guy facade going, and convinced myself that I could deal with the pain.

But I couldn’t.  And while Post Traumatic Stress Disorder (PTSD) was not a topic I studied in my counseling classes, years later it became clear that I had suffered from the classic symptoms.

It started with the vivid, lifelike nightmares.  I would wake, screaming and yelling.  One time I even jumped out of bed, crying, desperately trying to give my babies CPR.  My wife grabbed me and tried to comfort me by telling me they were gone.  Still in my sleep, crying bitterly, I kept repeating, “I have to save them.  I just have to save them.”

Those nightmares were a feature of my life for more than eight years.  They would ebb and flow as time went on, and based on the stresses of everyday life, but I was never more than a second away from screaming and even physically fighting with inanimate objects in my sleep.

My wife soon realized that I started to thrash right before an episode, and she would wake me if she could before the real terror began, but the dreams just didn’t go away.

I was also unable to look at babies.  Any glance at a baby brought me back to the moment of my children’s deaths.  I would close my eyes when babies appeared on TV and even had a genuine fit when a relative unknowingly asked me to sit next to his baby in the car.

We still had to attend my sister-in-law’s wedding.  Instead of walking down the aisle proudly holding our children, we walked empty handed, side by side.  Yet another one of our greatest dreams had turned into a nightmare and we had no choice but to completely mask our emotions.

This would become a theme.  Certain events or times caused intense feelings of grief, often completely unexpected.  The first Yom Tov after their deaths was such a time when I realized that I was unable to say Yizkor for them.  I left the shul crying, begging my father-in-law to say the prayers on their behalf.

September 11, 2001 gave me a real dose of reality.  I couldn’t believe that there were people evil enough to want to inflict the kind of pain and suffering we experienced on others willingly.

Several months after their death, I was on a flight. You can always tell when even the pilots know it was a rough landing when they scurry off the plane to avoid passengers’ questions. I was sitting in a window seat watching our landing.  Suddenly, a few feet from the ground, the wing shifted down drastically, at least appearing to almost hit the runway before the pilot was able to right the plane.  There was an audible gasp among the passengers, as we all feared a crash, but I sat in silence.

When I described the scene to my wife, she asked me what I was thinking at that moment, and I told her, without hesitation and with an almost sense of regret for my safety, “I thought I was going to see Asher and Devorah.”

And then there was the issue of how to refer to our children.  It is not unusual for people to innocently ask how many children we have.  I couldn’t deny my children, but answering that I had two deceased children so rattled the few people I mentioned it to, that I decided not to say it.

My wife and I would visit their unmarked grave every once in a while. We stood and cried together, and then each of us would ask for some private time.  I would always spend that time crying and begging their forgiveness for being unable to save them.  I have never and will never ask my wife what she says to them.

Looking back, I can see that our loss changed our lives forever.  I kept making decisions that were counterproductive to our own interests.  I dropped out of my Ph.D. program and we soon moved to Milwaukee and then finally New York.  For a while, I changed jobs almost every year and I had flatly refused to face down my past until I began writing this saga several months ago.

Somehow we needed to move on with our lives, and my wife and I needed to make the hard decisions about trying to have children again.  We both agreed to try once again, even though our relationship was still far from positive. In one poignant moment before we started the fertility process anew, we went to visit our twins to tell them our decision and to make sure that they knew that no matter what the future would hold, we would never stop loving them and we would never, ever forget them.

Someday, I hope to tell the story of the premature birth and miraculous survival of our daughter, Bailey.  At least now when I visit my twins at their final resting place, after my expressions of love and regret, I tell them that they have a sister they can be proud of and I beg them to watch out on her behalf in heaven. 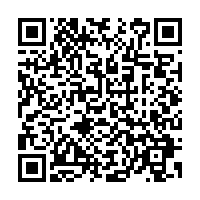