The Quest For Honor

In last week’s column we read about a marriage that is dissolving after many years, due to an apparently dysfunctional relationship. The writer, who claims to be close to both the husband and wife, lays the blame squarely on the husband – who, from her description, is so self-absorbed as to be oblivious to anyone else’s needs aside from his own.

See No Easy Cure has analyzed the crux of the problem to be the man’s insatiable desire for kavod – honor. His arrogance has caused him to believe he is “too important to discuss anything trivial enough to actually interest another person.”

Right off the bat, one is likely to attribute such vice to an earlier-in-life attention deprivation. Honor is, after all, the highest form of attention one can garner in recognition of one’s desirable qualities, exceptional character, grand accomplishments and/or contributions to society. A person deprived of attention in his or her growing years is more likely to seek and crave this type of adulation and validation as an adult.

Thus a psychological evaluation would not necessarily name the malady as a quest for kavod, but rather as a case of severe low-esteem. This may also be the reason this man is incapable of holding down a job. And by self-aggrandizing, he compensates for his feelings of inadequacy. To boot, his wife may have been so put off by his consistent obnoxiousness that by misunderstanding where her husband is coming from she could have made matters worse between them with her show of disapproval and putdowns.

Whatever the reason one craves honor or hugs the limelight, it is definitely a most unhealthy trait. As you have pointed out, we are taught that jealousy, lust and the pursuit of honor remove one from this world. These negative tendencies eat at one’s peace of mind and interfere with one’s simchas ha’chaim. The sufferer is “driven from this world” due to his inability to see or focus on anyone but himself.

There is a story told about the Chofetz Chaim, of an instance when he declined to be honored, claiming that kavod is a sakana for the neshama (hazardous for the soul). The Mishnah, he explained, says envy, lust and honor drive a person from this world. It does not state “the person who wants the kavod or pursues the kavod…” – which comes to teach that kavod in and of itself, even when not coveted, is a sakana to the person on the receiving end.

You say the desire for kavod is so formidable a foe because to many of us it is “normal.” As an example you cite that we consider it “better” to be a doctor than a nurse. The “better income” is surely a factor. However, it is doubtful that one becomes a doctor for the kavod. Whereas his Yiddishe Mamme may kvell with pride over her son the doctor, his decision to enter the medical field is based on his natural aptitude for the profession. Moreover, doctors ironically are the most apt to become humbled as they come face to face with niflaos ha’Boreh (the wonders of our Creator) on a daily basis.

As individuals, we certainly have a right to feel pride in reaching our G-d given potentials and putting our talents to use by becoming the best we can be, whether as doctors, nurses, electricians, plumbers, teachers, or homemakers, etc. – while at the same time recognizing and appreciating the fact that our wherewithal comes from Hashem and that without His gift and guidance we could not possibly succeed in any chosen field. 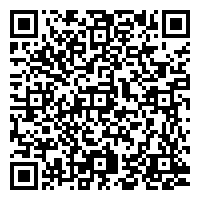