This is sooo much fun: leftist activists who’ve staked so much prestige on the good looks and good work of Hollywood star and sweet, caring person all around Scarlett Johansson, now have to work out a new take on her because, listen to this – she works for Jews, and the worst kind of Jews, the settlers, who took away Arab land just because said Arabs tried to kill them. But I digress.

According to the NY Times, the international aid and development group Oxfarm International “has distanced itself from one of its own global ambassadors, the actress Scarlett Johansson, since she agreed to become the face of SodaStream, an Israeli company that makes products in a settlement built on West Bank territory Israel has occupied since 1967.”

How deep is that cut, you ask? Check out the Oxfam web page on Johansson:

A long-time supporter of Oxfam, Scarlett was motivated to get involved by the organization’s response to the 2004 Indian Ocean tsunami.

In 2007, she met tsunami survivors in Sri Lanka who were rebuilding their lives after losing their families and livelihoods, and saw how Oxfam projects such as village irrigation schemes and schools are helping to reconstruct devastated communities.

Scarlett’s appeal to US consumers on behalf of Oxfam Unwrapped drove over $100,000 in gifts for Mothers Day 2009 and generated worldwide media coverage for the gift catalogue’s Christmas promotion.

In 2011, Scarlett joined Oxfam’s GROW campaign, saying: “Sharing food is one of life’s pleasures… All of us, from Kentucky to Kenya, deserve enough to eat.”

Since she was named as an Oxfam Ambassador in 2007, Hollywood actress Scarlett Johansson has packed numerous fundraising, advocacy and promotional activities into her busy schedule.

And then at the bottom of the page, this:

We are proud of our relationship with Scarlett Johansson who has worked with Oxfam since 2005 to support Oxfam’s mission to end poverty and injustice… Oxfam respects the independence of our ambassadors. However Oxfam believes that businesses that operate in settlements further the ongoing poverty and denial of rights of the Palestinian communities that we work to support. Oxfam is opposed to all trade from Israeli settlements, which are illegal under international law… We have made our concerns known to Ms. Johansson and we are now engaged in a dialogue on these important issues.

Now for a surprise video: actress and environmentalist Susan Sarandon at the International Housewares Association Home and Housewares show in Chicago in 2011, promoting SodaStream. How embarrassing.

Notes the Times: “The charity’s response came after more than a week of pressure from activists seeking to end Israel’s continued occupation of the West Bank through a campaign of boycotts, divestment and sanctions, known as B.D.S., modeled on the 1980s movement that helped undermine international acquiescence to apartheid in South Africa.”

SodaStream is a major threat to the left in both Europe and the U.S., because it goes against their narrative. Like other Jewish businesses in Judea and Samaria that offer good employment for good wages to more than 30,000 Palestinians, SodaStream presents a path to peace that does not require making anyone give up anything other than their antiquated notions and penchant for violence.

The Left can’t tolerate that, because in leftist dialectics there must be a struggle, to destroy the evil system that is, ushering in the utopian system that will be. I’ve long learned that any politicians who uses the words “struggle” and “fight,” as in “I will fight for better wages,” is a leftist. He can be a Republican – in his persona he’s a Bolshevik. I prefer politicians who talk about building stuff, cooperating, protecting rights. 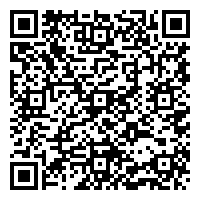