I hardly know where to begin. Some years ago I wrote to you about a marital issue and you were of tremendous help to us. Since then we’ve come a long way and are baruch Hashem kept busy with the myriad of duties raising a family entails. “Kept busy” is actually an understatement… our oldest child is almost twelve, our youngest almost three, and there are a handful in between to keep us on our toes.

Any parent will attest to the ups and downs of dealing with young ones; each child’s personality contributes to the hodgepodge of color and noise, with the latter strikingly discernible when boys outnumber girls.

This story involves our bechor “Shlomo” who has over the years tested us to the limits of our endurance on a regular basis, something we have largely attributed to his particularly contentious relationship with a younger sib. Okay, so sibling rivalry is nothing new. But he also picks fights with his other younger brothers, who shriek and howl as a result of their big brother’s upsetting shenanigans. (Unlike his parents, Shlomo remains unperturbed by the chaos he creates.)

Again, I believe many readers would identify with the frustrations of dealing with a difficult, obstinate child. We’ve tried all sorts of methods to appease our otherwise adorable son. Both his father and I have tried to have in depth one-on-one discussions with him. In an attempt to boost his self-esteem, we emphasize his important role as our oldest child, describe the joy he brought us as our first offspring, and impress upon him how his younger siblings look up to him.

I use the word “tried” because these discussions always end up mostly one-sided. Shlomo listens, shrugs, looks straight ahead, and intones a flat “yah” or “no” at intervals, without adding much else save for a few words here and there with our nudging. Though we’ve come to expect his trademark dispassionate mannerism (the only time he raises his voice with apparent emotion is when it is he who is deprived of something he set his heart on), it has frustrated us to no end.

As the reader can guess, Shlomo hasn’t exactly been a model student either. Though he has proven himself to be capable of pleasing his rebbe and teachers at select times of his choosing, he demonstrates little to no enthusiasm for any of his studies or schoolwork. Despite his scholarly disinterest, I should add that he loves to read and is a deep thinker.

For several months now our son has had weekly therapy sessions with a school-recommended counselor who we hoped would get to the bottom of what makes Shlomo tick. Thus far, he hasn’t made much headway. With Shlomo’s teachers becoming increasingly exasperated over their “absentee” student, we recently decided it was high time to have our son evaluated by a professional psychiatrist.

A grueling two-hour visit resulted in a diagnosis that pulled the rug out from under us. Shlomo was diagnosed with Asperger’s Syndrome. The neurodevelopmental disorder specialist didn’t mince words in lecturing us for waiting so long to bring him in for examination. (As if Jewish guilt is in need of fortification…)

Needless to say, life with Shlomo has now taken on a whole new meaning, and as much as we’ve already learned about AS in the last couple of weeks, there is much more to do and learn.

One of the reasons I’m writing to you at this time is to alert other parents who may be as clueless as we were. Another reason… the doctor prescribed medication and spelled out some pretty nasty side effects associated with it. While I am leaning towards taking the doctor’s advice, my husband is not too keen on “drugging” any child of ours. 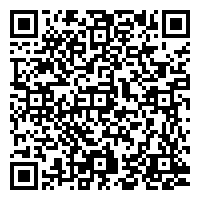