Everyone gets angry every once in a while; it is a basic human emotion that we express when we are faced with frustrations and emotional hurt out of our control. At times anger can be constructive as it motivates us to get things done, and can protect us from danger. However, that last quality is what also makes it destructive, particularly in the marriage relationship.

Many times when a couple is arguing they may, unconsciously, trigger childhood anger.  So much so, that if we would stop and listen to what they are arguing about, it would sounds like two eight year olds fighting in the back yard.


Let’s look at the case of Ethan and Mali, a young couple married less than a year. One of Ethan’s parents was Bi-Polar, and the other had issues of depression as well. To make things worse, neither one of them ever sought counseling or treatment. As a result Ethan would often take on the role of parent for his younger siblings.  This made him resentful and he chose anger as a way to vent his frustrations. He found that his anger not only gave him energy but it blocked his pain. Now, by nature, Ethan was a kind and giving person, and he wanted to make Mali happy.  However, when he got upset he would leave the house to give himself a “time out,” until he cooled off.  For Mali just walking out and leaving without a clue as to when he would return was just not acceptable. She had her own issues relating to parental abandonment. Mali’s father was seldom home. He would often go on business trips, and when he came home he was tired, and was not emotionally and physically available to anyone. When Ethan would leave, Mali would get even more upset.

I often tell couples in that “What you did in childhood to survive will kill you in your marriage.”  The brain does what is familiar.  Whenever Ethan would walk out, it would trigger the abandonment and resentment issues for Mali that would fuel her impulsive anger at Ethan, which would just make Ethan more upset.

What can we do to change our behavior patterns? Be aware.

It all starts with a part of the brain located right behind the eyes, the neocortex.  It is for screening, judging, and regulating the way our brain responds.  It is also the conductor, responsible for sending messages to the other parts of the brain letting them know whether we are safe or in danger and determining what type of coping response is required.  The amygdala is the part of the brain linked with a person’s mental and emotional state.

It’s like having a receptionist in the front office to greet visitors and an office manager in the back office making sure everything is running smoothly. Now if the secretary feels safe, the brain will send a message to the manager that “all’s quiet on the western front.”  Should the receptionist, let’s call her Ms. Neo, feel threatened, she will send a message to the office manager, Ms. Amy, who is responsible for emotions, memory formation, and stress response. It is Ms. Amy who will determine if action is required.  If yes, she will set off the security alarm saying, “Alert. Proceed with caution.”

In a stress situation, anger activates every muscle group in the body and you are ready to fight.  Cortisol, a hormone that will mobilize energy is released and set to the brain.  In addition, inside your brain, a sort of shidduch is about to take place: neurotransmitter chemicals known as Catecholamine and Dopamine are released, one to give you more energy and the other to give us pleasure and numb the pain. 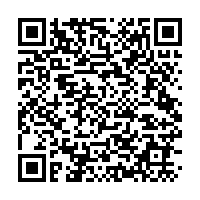