A Put-Down Worth Putting Up With

Sometimes we are confronted by the unexpected and don’t react, only to be sorry later for not having said or done the right thing. Though my in-laws live a lengthy drive away, we visit them for Shabbosim every so often. It’s not easy to pack up our brood, but the reward of seeing grandparents interacting with their einiklach is worth it all. Needless to say, we don’t impose ourselves and make sure in advance that the timing works well for everyone. And the change of scenery does us all some good.

Sitting at the dining room table on a recent Shabbos by my in-laws, my husband and I were doing our darndest to see to our kids behaving properly – which included curbing their consumption of food and drink they would gorge on given the chance.

My husband was rationing the grape juice for our young ones (who kept asking for more and more), while he was at the same time trying to limit their intake of Bubbie’s delicious home-baked challah. At the rate they were going, they’d have had no appetite for anything else.

Out of left field my father-in-law starts telling a “story” about family members of once upon a time who went hungry when there was no food available for them to eat – until they found some scraps of potato peels in the trash to appease their hunger. The brief narrative ended with a stern-toned: “Do you know who kept them from eating? The German Nazis!”

The children were quiet, taking it all in, the inference not lost on anyone at the table. My husband broke the momentary uncomfortable silence by calmly asking, “Are you saying that I’m a Nazi because I stop the children from eating too much challah?”

My father-in-law answered yes and added that it wasn’t right to keep the children from eating as much challah or drinking as much grape juice as they expressed a desire for. It took but a split second for one of our children to react in typical 10-year old boy fashion. He grabbed the largest chunk of uncut challah within his reach, turned to his 12-year old brother sitting next to him and exclaimed with excitement, “Yah! Did you hear that? Daddy is a Nazi for not letting us have as much challah as we want! We can split this between us!”

Rachel, my in-laws are good people. They bend over backwards to accommodate us and my mother-in-law always takes pains to prepare the foods she knows we like. They are both children of Holocaust survivors and never knew their own grandparents. I’m sure they also heard plenty about the horrors their parents and extended families endured, most of whom never came back.

Still, my father-in-law’s comment was uncalled for and offensive. My husband, to his credit, maintained his composure and explained matter-of-factly and respectfully that he simply wanted to make sure the kids would have an appetite for the food that would offer their growing bodies more nutrition than the challah. My ever diplomatic mother-in-law adeptly steered the conversation to a more palatable topic, while I took the almost half a challah out of my son’s hands and said, “Daddy wants to make sure you won’t get a tummy ache and Zeidy wants you to enjoy yourselves. We all want what’s best for you… but sometimes it’s up to you to find the right balance.”

I was later overcome with regret for not having been more outspoken and for not bolstering my husband’s argument.

Right now I’m not in any rush to visit my in-laws again in the very near future. How should I handle this type of situation should it come up again? 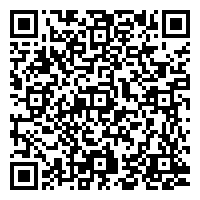