Nine years after Ariel Sharon’s 2005 Disengagement Plan, the former residents of Gush Katif are in various stages of moving into their permanent homes.  Initially after the expulsion, their journey took them from hotels to vacation villages and from a tent city to high-school dorms and apartments. Finally, they ended up in temporary community sites, housed in government prefabs known as caravillas. There they reside while they build permanent homes. 60% have already moved in, while others are involved in different stages of the building process.

With Pesach approaching, I spoke with several Gush Katif expellees and asked them if they felt that their long awaited move from a caravilla to a permanent home constituted “being taken out of Egypt.”


Shlomo Yulis, a former resident of Neve Dekalim currently building his permanent house in Bnei Dekalim, answered that he will only be able to talk about “leaving Egypt” once he’s actually moved out of his caravilla. He shrewdly points out that whereas when the nation of Israel left Egypt, G-d tried to prevent them from wishing to return (Exodus 13:17), Yulis and many others pray to return to Gush Katif. While Yulis rejoices in helping establish the new community of Bnei Dekalim in southern Israel, he regrets that its establishment is due to the cruel Disengagement. He ends his conversation with us by praising the Gush Katif community for its continued unity.

Mazal Hanya, also a former resident of Neve Dekalim, has already moved into her permanent home in Bnei Dekalim. She and her family have been living there for several months.

Can you remember anything positive from life in the Caravillas?

“In the temporary community were more people from Gush Katif – and they are the only living reminder we have of Gush Katif.”

Can you identify a moment of redemption, of “leaving Egypt” when you moved from the caravilla to your permanent house?

“It wasn’t a feeling of ‘leaving Egypt’. Despite the great happiness of moving into our permanent home, it can never take the place of our home which was left behind in Gush Katif, and which G-d willing we’ll be able to return to one day.”

Quickly jumping from Bnei Dekalim to the new community of Ganei Tal, I talk to Simcha Rivlin Bar-Asher (from the Gush Katif community of Ganei Tal) who has been in her permanent house for two and a half years. Bar-Asher fondly remembers “the sand and the sea. The shade from the tall trees in the garden. The feeling of togetherness, and intimacy. The pioneering spirit, and that special identity.”

What will constitute a ‘land of milk and honey’ for you?

“Putting down roots in this new place. Peace and security. Togetherness and community care. Patience and acceptance. Family growth. Building our society while holding onto the values we held dear in Gush Katif.”

It’s only fitting to conclude by interviewing Anat Hakmon, an expellee of Eli Sinai. The Hakmon family is currently building their permanent home in Kibbutz Palmachim.

Hakmon: “Our exodus from Egypt began on August 21, 2005 when we left on foot from Eli Sinai – all of us: men, women, children. We were a long train of people, walking in the evening along the winding road. We didn’t know where we were going. We didn’t have many clothes or equipment with us. We held our children’s hands and walked forward, step-by-step. Tears choked my throat. We embraced each other, and tried to strengthen one another. I looked back and saw the roofs of our houses disappearing. I tried to engrave that picture in my mind – the palm trees and the amazing sunset. Red and yellow and gold enveloped Eli Sinai in one of the prettiest sunsets I ever saw. A souvenir of the life we led there. 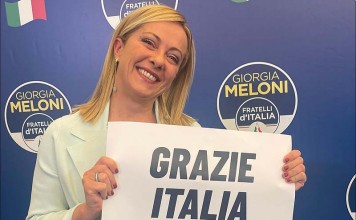 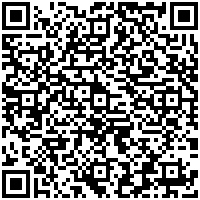