Re: Cousins On The Same Page (Chronicles, May 9)

In a recent column, two 16-year-old cousins (Joe and Moe) wrote to you to bemoan their status as the oldest children in their respective families and to complain about their parents demanding too much from them – leaving them with little time for themselves.

Really? Seems like they might be having too much time… 16-year-old yeshiva boys writing letters to Chronicles? But hey, why not? Their parents use them as babysitters (which probably translates to unsupervised free time, especially when the little ones are asleep).

These same parents obviously also have no problem discussing adult topics within hearing range of their underage kids. Maybe you should have addressed the parents, Rachel, instead of their children. High-school yeshiva boys have enough to deal with without having to watch their younger sibs.

Take the parents to task!

Neither of us is in a position to heap criticism on parents whom we know next to nothing about and whose situation we are unfamiliar with. The children are the ones who wrote the letter, and as such they were the ones addressed in my response.

The role of parenting is a whole other topic – not exactly suitable fodder for discussion with two 16-year olds. These boys needed fortification in their sense of kibbud av v’eim, not the reverse.

I wonder how many grandparents distributed copies of your column dealing with the grandma who lambasted her daughter for not sharing enough details with her mother. The woman who wrote might be too sensitive and that is probably why her daughter keeps things from her.

There are other reasons why kids may be reluctant to confide in their parents, like when they don’t wish to receive a parent’s heavy-handed input or hear criticism they know will be par for the course. Some parents, on the other hand, make it clear to their children that they don’t want to be burdened by worry or anxiety. I know of a mother who told her kids not to tell her when a shidduch with a grandchild was in the works until they knew something would come of it. Then she was upset with them for letting her know at the last minute that it was happening.

Some want it both ways

Regarding confiding details of your life to your parents… I am a male and in our family I am the one who considers it important to keep parents informed about the goings-on with their kids and grandkids, while my wife has always kept her distance from her parents. And I can’t really say I blame her.

My mother-in-law happens to be a very critical person who always “knows better” and will weigh in with her opinions, whether solicited or not. Keeping her abreast of the latest would mean a daily barrage of phone calls to stay updated, as well as endless questions to contend with.

The bottom line is it really depends on the type of parent one is dealing with. Sometimes it’s easier to maintain the peace and a respectful relationship by saying less. In a way, this helps avoid friction and arguments.

In other instances the children’s personality type may be the factor. We all know people who are intensely private and like to keep things to themselves, or those who simply must share.

Sharing is not always best

Sibling rivalry is normal. It is there from the first pages of the Torah – Kayin and Hevel, Yaakov and Eisav, Yosef and his brothers. Because it has been there since the beginning of human history, we have to accept it as part of the human baggage, along with many other things not-so-beautiful aspects of being human but that are necessary for our functioning.

Sibling rivalry is not irrational – as one of your writers claimed – even if many people can’t understand it. You did come close to helping your readers when you pointed out that an older child had all the attention to himself/herself until the new screaming “brat” came along, who just by screaming took away “all” the attention.

To deny the totally understandable feelings of resentment that would develop on the part of the older child is a reflection of ignorance and psychological denial on the part of a parent or parents.

Sibling rivalry exists and cannot be eradicated. It is a part of the “package”; the only hope parents have is to mitigate it, to lessen it by showing as much love and giving as much attention as possible to the older children.

Inevitably, the newborn and very young helpless beings who do little else other than eat, sleep, excrete and cry will take up a considerable amount of physical attention in the first few months and years, and the older one(s) will resent them for that, as well as have some feelings of anger and resentment towards the parents who decided to bring these “brats” into the home.

A number of years ago Judith Viorst published a brilliant book that was a best seller. Though written for the lay public, it was actually a very sophisticated review of a lot of high-quality research on the psychological development of young children. One wonderful chapter contained a number of the things older but still young children said on being told that Mommy had just had another baby. Will Mommy leave the baby in the hospital? Can Mommy throw the baby away if it cries too much? Maybe the people next door who don’t have babies can take it … etc. I am actually paraphrasing because I don’t remember the exact comments, but they were along the lines of “I wasn’t asked and I don’t want another ‘brat’ taking away Mommy and Daddy’s attention from me.”

Most of the time it is not the children but the parents who don’t understand the normality of it, who are over-reacting, punishing, etc., and who need the help. As a professional, I could be a little cynical and say, “Don’t help the parents because the sibling rivalry will be a foundation for so many issues that come up in adult life and that provide us therapists with business.”

I do encourage you, Rachel, to focus on the “normality” of this phenomenon. This is a subject the frum community should be familiar with from our study of Chumash and Tanach; therefore, it is necessary for parents to accept it as normal and try to mitigate it by making an extra effort to maintain love, affection and attention for the other children – and not make them angrier by telling them that they are “big” children now and don’t need the same sort of attention the baby is getting.

Fully appreciate your input, not to mention your candor and common sense. Necessary Losses is the book you must be referring to, first published in 1987. The chapter you cite from is aptly titled “When are you taking that new kid back to the hospital?” 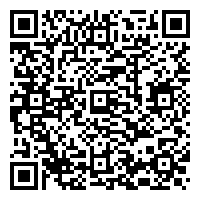