A Father’s Yearning To Make Peace With His Daughters

I am writing about the column on Kibbud Av v’Eim, where a wife takes issue with her husband’s extraordinary care of his parents, despite their ingratitude and offensive behavior toward their son (Chronicles, July 4). I agree with your response. Unfortunately, people look for loopholes and excuses to avoid Kibbud Av. I could write a book about what I have been through.

I was divorced many years ago, when my two beloved daughters were under twelve. My older almost immediately stopped speaking to me, while with the younger I had a passable relationship – until now.

The biggest mistake of my life, I admit, was to marry my ex.  The second was not moving on with a new loving wife and family. I have recently tried to make shalom with my older daughter, and my overtures served only to turn my younger daughter against me.

Right now it’s been a record seven weeks since I’ve seen her or any of my grandchildren. Up until now I had seen my grandchildren (from my younger daughter) at least once a week. I am crazy about them and we have a terrific relationship, though I have never been invited to a family simcha, such as a grandchild’s upsherin, because of my ex and older daughter.

Rachel, I am not getting any younger and I am brokenhearted. I long to be with my children and grandchildren, some of whom I’ve never ever interacted with. My oldest daughter’s children do not even know I exist, and now my younger daughter has turned away from me. So I ask you, how do G-d fearing Orthodox Jews live with themselves when they don’t think twice about defying the commandment of Kibbud Av on a continuous basis?

I understand how a divorce can confuse and hurt young children. People play the blame game. They heap blame on the other spouse, and whoever wins gets to brainwash and alienate the children. They use buzzwords like abuse, etc. to support their wickedness and revenge. I have found that most often it is the women who do this. However, I also know of men who are guilty of this atrocity. Of course, the one who has more cash is in a great situation.

But what excuse is there for the grown child not to exercise common sense, to realize that a parent is still a parent, regardless of whether two people choose to stay married or not? People seem to have forgotten that many good divorced guys get the short end of the stick and are suffering tremendously.

I pray every day for my children to come around and for Hashem to grant me the privilege of knowing my grandchildren. What a zechus to have grandparents – a privilege cruelly denied me (and many others) as a child of Holocaust survivors.

While I don’t know you personally and hardly have the whole picture, there are way too many divorced parents – both fathers and mothers – who tragically exhaust themselves trying to break the wall of ice that separates them from their children, a wall formed by the ugliness of the animosity between their feuding parents.

In many cases adult children eventually do come to the realization that the parent whom they viewed as hateful and malicious is anything but. They admirably reach out or respond positively to the estranged parent who expresses a desire to be given the chance to prove him or herself to be a loving role model worthy of embrace by both child and grandchild. 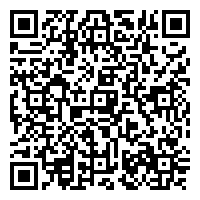