Moshe grabbed the ball from his cousin, Shlomo.


“No, I want it!” Moshe answered angrily.

“But, Moshe, I was playing with it. I’ll give you a turn in a minute.”

“Moshe, it’s not fair. I was playing with the ball.”

“Mommy,” Shlomo called to his mother, “I was playing with the ball and Moshe took it from me. Now, he won’t even let me have a turn.”

Moshe’s mother had been listening to the exchange and was hoping that this time, the boys would work it out among themselves. But, that did not seem to be happening. Slowly, she walked over to Moshe, “Moshe, you need to share the ball with Shlomo. If you don’t then you cannot hold onto it.”

Moshe just glared at his mother.

“I’m going to take the ball from you now,” his mother said calmly.

After she took the ball and gave it to his cousin, five-year-old Moshe ran after his mother and hit her. His mother was at her wits end. She could put Moshe in time out, but that hadn’t worked before. She could create a positive reinforcement chart, but once in the moment, it was unlikely to help. What were her options in terms of discipline?

Time Out As A Disciplinary Tactic

While there have been negative press surrounding the use of time outs, many psychologists and educators believe that when used correctly, it can be effective and valuable. According to psychologist Daniela Owen at the San Francisco Bay Center for Cognitive Therapy, time outs increases compliance and positive behavior far more than other forms of discipline. Here are some guidelines to use.

Errors While Enforcing Time Out

Little time in. In order for time out to work, there has to be a lot of “time in” in the family. In other words, you need to create a positive and rich environment for children in your home so that the time out is simply a “time out” from all the exciting things that are going on around them. Otherwise, children will choose to misbehave in order to get any attention from their parents.

Lots of threats. Many parents I work with often threaten their children with time out, but do not enforce it. This will undermine the whole idea and empty threats do not breed positive behavior.

Too much talk. When putting children in time out, parents often (because they are so agitated) go through lengthy explanations for the reason. For instance, a parent might say, “Moshe, you are going to time out because you grabbed the ball and you wouldn’t listen to Mommy and then you hit Mommy. You have to have time out when you do things like that.”

When a child is in the midst of a fit, he will not be able to attend to that kind of speech, plus that defeats the purpose of a “time out” from attention. Therefore, stick to as few words as possible.

There is always the chance that parents are disciplining exactly the way that they should and their children are simply not discontinuing their negative behavior. In some cases, it is worthwhile to look into Oppositional Defiant Disorder (ODD). Children with ODD, sometimes called “explosive,” erupt in outbursts or verbal or physical aggression, which includes kicking, screaming, or tantrums, when certain things don’t go their way. They are inflexible and have extremely low tolerance for frustration. They are very difficult to live with. Things can really get ugly.

According to Dr. Ross Greene, the author of Explosive Children, “These children have wonderful qualities and tremendous potential. Yet their inflexibility often obscures their more positive traits and causes them and those around them enormous pain. There is no other group of children who are so misunderstood.”

The important thing to consider is that these children can’t help themselves. Just like a child with a reading difficulty cannot help himself. Just like a child who is born with a disability cannot help herself. Explosive children are simply delayed in their ability to process the skills necessary for flexibility and frustration tolerance. They’re not doing it for attention or so that they can get even with you. They’re doing it because they can’t handle conflict or disappointment any other way.

For children who have ODD, Dr. Greene suggests a tactic called Plan B. But, that’s a topic for another article! 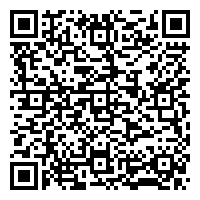