Before getting on with the final go-round (hopefully) of the back and forth that was started by the young married woman who lamented the “narcissistic behaviors” of the “younger generation” (see letters in Chronicles 3-18, 4-8, 4-29 & 5-6), please allow me to acknowledge those readers whose letters have been in a holding pattern on account of this unexpectedly prolonged series: We are deeply appreciative of your input – you, from New York, from New Jersey, from New-Anywhere – on the varied topics comprising genders, BPD, disgruntled husbands and tznius. I assure you that, G-d willing, we will get to y’all.

To the irate husband who wrote to defend his wife’s letter (Chronicles 4-29):

I am one of the respondents who took your wife to task for her self-centered attitude. While it is commendable that you came to your wife’s defense, you must realize that the readers of The Jewish Press are letter readers, not mind readers. They only know your wife as she presented herself.

I also take umbrage with the way you smeared the entire in-town community with one ugly paintbrush.

I, too, am an out-of-towner. I grew up in a small town in New Jersey. When I first came to Brooklyn, I did encounter some individuals who were cold and uninviting, but I met many more who were warm and welcoming. Al tadin et chavercha applies to you, too. You cast unwarranted aspersions and engage in mudslinging against an entire community. (Talk about being rude!) No one called you an uneducated, incapable Southerner. Only you called yourself that. And your educational background is totally irrelevant.

You take pride in the fact that you don’t mooch off your parents, so how is it that you find it okay to mooch off of strangers? I fail to understand your rationale for that.

If, as your wife wrote, you didn’t like your placement at the Shabbos table of hosts who had invited you, chances are you communicated that displeasure via your body language. That type of attitude is not very likely to garner you more invitations.

Your attitude of entitlement is a major turnoff and won’t win you any friends. No one owes you anything! There is no automatic entitlement, even with your pitiful situation, as you describe it.

You may be fine, wonderful people, but you must modify your expectations. Express your gratitude for whatever is offered and take the initiative to proffer a hand (and invitations) to others in friendship.

It is time for a serious attitude change.

A member of the older generation

The letter from the young woman in Israel (formerly from a small town in the USA) who bemoaned the New York community’s lack of values in having refused to help her when she asked for assistance generated harsh criticism. The writer’s husband then tried to explain what lay behind his wife’s angry letter. He professes not to fully comprehend the way “city slickers” behave, having come from a small town where friendliness and help-thy-neighbor is a creed chiseled in stone.

The next letter of that column is from a woman who ends her bitter remarks with the words “….so typical of arrogant New Yorkers who don’t seem to help their own enough….we can always recognize NY transplants.”

Her misplaced sentiment created a clash of thoughts in my mind. On one hand, I had to chuckle. You see, I was born in Israel and was raised in New York. And let me assure you that I can hold my own with every so-called “arrogant New Yorker.” But the arrogance of Israelis is second to none! In a competition, the Israeli takes the gold medal hands down!

The second thought to enter my mind after reading the words “…arrogant New Yorkers who don’t seem to help their own enough…” was that the writer is either a moron or simply ignorant. Let me point out why.

I don’t believe there is another community anywhere in the world that epitomizes the word chessed as does the New York one. No other city in the world has sprouted so many self-help groups and organizations whose only reason for existing is to help the needy Jew.

Yes… we, those arrogant New Yorkers the writer laments about, are the creators of Bikur Cholim and Hatzolah, of Bonei Olam, Tomchei Shabbos, Shuvu and Chai-Lifeline, of Shomrim and Misaskim.

Millions upon millions of dollars are donated and spent for the benefit of others. Numerous volunteers spend hours upon hours, day or night, winter and summer, to bring relief to the hungry, the injured, the elderly and to those for whom the pain is the last call before departure. Hundreds of thousands of hours are spent by dedicated New Yorkers – those arrogant New Yorkers – for the benefit and wellbeing of all, including “transplanted Israelis” whose arrogance supersedes their obligation to say “thank you.”

Gemilas chassodim runs through the veins of New Yorkers. They thrive on giving, helping and assisting. They will go that extra mile, give that extra dollar, and carry that extra load so that the fellow Jew will get what he or she needs.

It is simply impossible to describe their deep dedication and commitment to the task at hand — while risking their lives, health and sholom bayis.

Arrogant? So be it! 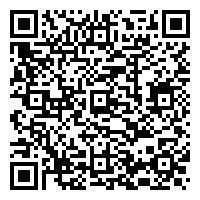