This time of year in Israel is a time of sadness and a time of joy. We commemorate the murder of six million Jews in Nazi Europe and we commemorate the deaths of our children in times of war and the terrorist murders of our people during periods of “peace.” When our sadness reaches a crescendo as the sun sets on Memorial Day, we pause, raise our flag from half mast to its highest height, and joyfully begin to celebrate Israel’s Independence Day.

These past weeks have given us much to be thankful for. The execution of Osama Bin Laden, yemach shemo v’zichro, was a victory for the entire free world. The reticence of President Obama to release the photos of Osama Bin Laden is hard to believe, especially when the photos of those he murdered are always publicized. This fear of the Arab reaction is embarrassing to most Americans. As one friend commented on Facebook, “What an upside-down world we live in. The photos of a family slaughtered in their sleep and a baby decapitated were released and not even a sneeze was heard from the world. But G-d forbid they should make public the photos of a murdering evil Arab hate monger, and the world will be up in arms. G-d help us.” Another friend commented, “The world at large is afraid to stand up to the Muslim extremists, and this just gives them more power by making a media mountain about the photo. Al Qaeda didn’t need a photo to incite them to blow up the Twin-Towers, or to carry out any other suicide bombing mission. I couldn’t care less about the actual picture – it’s just the sentiment behind it.”

The fact that Hashem delivered Osama Bin Laden close to Holocaust Memorial Day was noted by our yishuv rabbi. Rabbi Auerbach did not mince any words at the Holocaust Memorial ceremony when he spoke, and he made clear how we should react. “When I was a child,” he explained, “children never went to cemeteries. Children were meant to play and enjoy and were considered out of place at a funeral. The Nazis, by murdering more than a million Jewish children, changed this. We must remember the Holocaust with our children, but maybe we should also ask their forgiveness because springtime is such a beautiful time of year in Israel, and we should not burden them with such painful experiences.”

The rabbi went on to explain that we must remember, and we are not permitted to forget. “Six million Jews were butchered by the Germans and their willing helpers from other nations. This most sophisticated and cultured nation in the world viciously murdered the weak Jewish people of Europe.” The rabbi quoted the sentence from Ha’azinu (32:43) telling us to rejoice when Hashem renders vengeance “for the land and for His people.” Our hearts must be filled with joy whether Hashem sends an earthquake, a financial crisis, a Tsunami or any other special punishment against evil doers. It is proper to rejoice when evil ones are punished.

Holocaust Memorial Day should fill us with a great love for our fellow Jews and we should be very grateful towards those non-Jews who saved Jews during that dark and terrible time. We should honor those who survived, especially those who came to live in Israel to build the land and fight for freedom. The rabbi recalled the story of Noach, who, despite being a righteous person, after the destruction of his community, drank himself into a stupor because almost every one of his friends and family had been lost in the flood. We would have understood it if the Holocaust survivors had withdrawn from society, and filled their bodies with drink and drugs. Instead, these survivors who came to Israel were great heroes. Despite being alone and depressed, they did not drink or take drugs or run away. They lifted themselves up, built up the land and were a driving force in the birth and success of Israel. They were driven to build and to repopulate and to never lose hope. We, too, will never lose faith. We will rise up and continue to build all of our land, and we will gather the exiles of our people and hopefully will witness the rebuilding of all of Jerusalem in our time.

We pray that the Jewish people will experience a complete redemption in the very near future.

As I do each year, if you are interested in receiving a copy of the prayers for the State of Israel and for Israel’s soldiers, please send me a request containing a self-addressed stamped envelope to the Jewish Press (or an e-mail to me to receive e-mail copies).

Comments may be sent to dov@gilor.com.
Advertisement 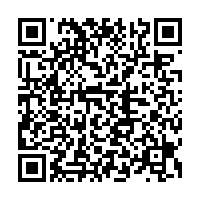