I can’t tell you how much my husband and I appreciated your article about yeshivas being insensitive to those who are barely making ends meet. We are the parents who pay full tuition because we feel it’s the right thing to do – no matter what are financial situation. After all, rabbeim and teachers have to be paid. So, we don’t go on vacation, we don’t take our kids on road trips that can run us over budget and we don’t leech off our parents – they, too are struggling.


A little sensitivity would make the world of difference and go along way in helping our sons feel less deprived and more equal to their friends who have so much more.  Your suggestions were right on the mark – schools should include parents in their policy making and be aware of a system that separates the “haves” and the “have not’s” – doing so would build a framework of greater ve’ahavta l’rayacha kamocha.

Fancy, state-of-the-art buildings don’t mean quality teachers; it’s more important to hire the best mechanchim and pay them well, then have to hold fundraisers and dinners to subsidize a building.

I would rather see great teachers in an ordinary building, where childrens’ minds are fed and nourished, than a stunning new building that houses mediocre, often burnt out teachers and oblivious and non-stimulated students.

Please keep printing those letters that no other publication will touch, fearful of ruffling feathers or crossing the line of political correctness. You are making a world of difference in an uncaring world.

Your letter was amongst the forty or so I received in regard to this issue and they all shared the same sentiments. As for fearing ramifications for not being politically correct, well, that has never been a fear of mine and by partnering with The Jewish Press to give every issue a platform, I am privileged to fight the good fight alongside anyone who has a just cause.

I also received a few letters from board members, administrators and one or two teachers who were rooting for the other team and some of them made good points.  Not every school is state-of-the-art and some do go the extra mile to make sure that no student walks with bent head, ashamed that he or she stands out in the crowd for negative reasons.  Yasher koach to those schools and principals who lead with compassion and respect for their student body and the parents who love their children and want the very best for them – and for the school.

I fondly remember learning in a simple building that didn’t stand out from any other on the block. All the classrooms had peeling paint, central air that didn’t work but windows that did, and pipes that often froze or broke in the winter – we always came to school dressed for Antarctica.  We had a loudspeaker system that allowed us to hear every third word of an announcement and bathrooms that regularly rebelled. But we had the most wonderful teachers who spoke to us and not at us. My greatest experience was learning English as a subject from a teacher who was blind from birth. She came to school with a seeing-eye dog that was left in the care of her friend while she taught.

This woman, who never saw a sunrise, who never viewed the beauty of rolling waves on the ocean or the flaming, magnificent ball of fire as the sun ended its work for the day, was able to describe these things so beautifully and artistically, conveying to all her sighted students that even in that world of eternal darkness in which we perceived she lived, there was the ability to “see” the beauty and splendor of the world Hashem created for us with verbal paints and colors. I know she was a driving force in setting me on the path of journalism, but fell a bit short in succeeding to instill in me the respect for grammar and the love of run-on sentences. She was one of a good number of teachers in that run-down establishment who had a powerful and positive influence on me.

So, take heed all those who are heads of education and think that students will benefit from where they sit and how many elevators the building has. Kids will enjoy learning, and drink in far more education, when it is imparted to them by teachers who can verbally transport them, inspire them to be their best and instill in them the desire to do their best – and that, good friend, requires nothing more than the best teachers money can buy. 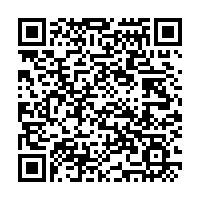