Disruptions of pro-Israel events by anti-Israel groups continue to intensify into physical aggression and violence across campuses and even into the community. As a result, Jewish and pro-Israel groups have started to explore the criminal aspects of such incidents.

The invasion, disruption, and nose-to-nose intimidation of a May 17, 2018 Students Supporting Israel [SSI] event at the University of California, Los Angeles was one several red lines recently crossed for pro-Israel groups and many in the human rights community. The small UCLA gathering, dubbed “Indigenous Peoples Unite,” brought Kurdish, Armenian, and Israeli individuals to discuss their common bonds.


As shown in this video, beginning at minute 41, disruptors suddenly and loudly stormed into the room mid-session. One person grabbed a flag, demonstratively pulled away a desk placard, and threateningly cursed close to the face of a panelist. With bullhorns, whistles, staged dancing, and slogan shouting, intimidation brought the event to a halt.

The May 17, 2018 UCLA incident hit a nerve among some Jewish leaders. Previous Jewish and pro-Israel responses have long focused on formal requests for administrative relief, petitions, and public statements. Few of those efforts seem to have slowed the escalation of disruptive tactics. After the UCLA event, several Jewish and pro-Israel groups began considering responses based on Title 11 of California’s criminal code that might apply to such conduct—not as an exceptional response, as it was for the Irvine 11 who disrupted an Israeli diplomat’s speech, but as a new rule of thumb in California.

Title 11, Sec. 403 concerns disruption of public meetings. The statute reads: “Every person who, without authority of law, willfully disturbs or breaks up any assembly or meeting that is not unlawful in its character … is guilty of a misdemeanor.” This was the very statute used to successfully prosecute and convict the so-called “Irvine 11,” who disrupted an Israeli diplomat in UC Irvine with mere shouts—much less severe than the physical intimidation seen at UCLA.

Title 11, Sec. 415 involves disturbing the peace. The statute calls for not more than 90 days jail time for “any person who maliciously and willfully disturbs another person by loud and unreasonable noise” and also “any person who uses offensive words in a public place which are inherently likely to provoke an immediate violent reaction.” The May 17, 2018 video documents that is what happened in this case.

Title 11, Sec. 182, a conspiracy statute, can be invoked when “two or more persons conspire to commit any crime.” A digital message marked “urgent,” a screen shot of which has been obtained by this reporter, was circulated via the “Arts & Activism Alliance” message group. The message urged disruptors “to protest Students Supporting Israel’s ‘Indigenous Peoples Unite’ event happening this evening. We are going to shut it down.”
Interviews with students attending the SSI rally reveal that several felt intimidated and even feared for their physical safety during the disruption. For example, one of the three panelists, SSI chapter president Hirmand Sarafian, confirmed that he felt physically threatened “throughout the whole thing, from the beginning to the end.” At one point when protestors were vehemently banging on the doors, Sarafian said, he felt “trapped.”

On May 24, 2018, conscious of the potential criminal conduct which had unfolded on their campus, two UCLA chancellors, Jerry Kang and Monroe Gorden, penned an official denunciation of the incident which was published in the Daily Bruin campus newspaper. Kang is a highly regarded legal expert. The statement was clear: “the panelists and audience felt silenced and intimidated. Thankfully, no one was physically hurt.” Drawing a distinction between protest and intimidation, the chancellors asserted, “It is one thing to persuade through evidence and argument; it is quite another to interrupt with intimidation.” The chancellors promised, “For those outsiders who disrupted the event, we will refer all evidence of wrongdoing to local prosecutors to determine whether they have broken the law. For those who are members of our own community, clear transgressions of university policy will also be addressed appropriately.”
It was not clear why UCLA students who potentially broke the law would not receive the same referral to prosecutors as outsiders for the same conduct. Kang did not respond to a request for clarification.

At the same time as the UCLA chancellors were drafting their statement, three UCLA law students at the local chapter of the Louis D. Brandeis Center, a Washington D.C.-based human rights organization, were penning their own letter to UCLA Chancellor Gene D. Block, specifying potential criminal conduct. Page 3 of their letter specifies: “The students and outside disruptors potentially violated various provisions of the California Penal Code, including but not limited to: § 403 – disturbance of an assembly or meeting, § 415 – disturbing the peace, and § 182 – criminal conspiracy to do the afore­mentioned.” The law students cited case law, and details of the disruption. They concluded, “It appears that all the required elements of a § 403 violation are met.”
The law students’ letter was reviewed and then co-signed by constitutional lawyer Alyza Lewin, now COO of the Brandeis Center. The letter was delivered to Chancellor Block on official Brandeis Center letterhead.

UCLA is not eager to discuss the matter. When contacted, University spokesman Tad Tamberg repeatedly ruled out any questions. But he did state, “the off-campus people who have been identified … have been arrested previously and are known to the police here and have been referred to the prosecutor’s office.” He added, that a proper police investigation was, in fact, done. “You don’t send something to the prosecutor’s office without first investigating it,” he stated.

But some three weeks after the public promises in the Daily Bruin, the confirmation by the University spokesman, and the Brandeis Center letter, no investigative or referral action has been taken.

To initiate a criminal referral, a complaint or police report must be filed with local police—that is the UCLA campus police. Only then do the police investigate. Only after any investigation will the police send their case to the city attorney for a decision on prosecution. None of the students contacted said they had filed a report, with two saying they did not even know they had the right to file such a complaint. The UCLA administration has not filed a complaint.

UCLA police confirm that no investigation has taken place, and no referral to the prosecutor has been made because no one has reported a complaint. Even though the UCLA police were present during the fracas and escorted the protestors out, campus police insist they cannot investigate without a formal complaint. The LA city prosecutor confirms that the May 17, 2018 disruption “is not one of the incidents that our office is currently evaluating for filing purposes.”

The contradiction between the public promise by the chancellors in the Daily Bruin and Tamberg’s assurance that “the off-campus people have been referred to the prosecutor’s office” in the face of police and prosecutor denials could not be explained.

But then, the case took a strange and unexplained twist. Tamberg issued a clarification. While no action has been taken on the May 17 disruption, UCLA police did forward the videotape of the May 17 event to the city prosecutor in connection with two previous unrelated cases, campus sources say.

When asked again whether the “referral” to the police and prosecutors had actually occurred, Tamberg clarified he was not referring to the May 17 SSI case, but to a separate incident on February 26, 2018, involving Treasury Secretary Steven Mnuchin, who appeared at UCLA and was briefly heckled by protestors who police forcibly removed and arrested. After the Mnuchin incident, the protestors were served with a “stay away” order, under Title 11, Sec 626.67 of the penal code which empowers university personnel to administratively demand non-students stay off campus. Jail time is prescribed for violators. Essentially, these are “campus bans” backed by the force of law. In this case, a banned student from the Mnuchin event returned for the March 5, 2018, appearance by former intelligence officer Chelsea Manning, convicted of espionage. One banned protestor was arrested on sight. While taking no action on the May 17 disruption against SSI, the university is using the May 17 video to bolster prosecution efforts on the Mnuchin case.

Tamberg, in an email, confirmed, “There were no arrests, nor did anyone file a police report or complaint regarding the May 17 disruption, hence there was no police investigation. However, UCLA PD shared video of the disruption with the L.A. city attorney, who is considering filing five misdemeanor charges against individuals from off campus who disrupted Treasury Secretary Mnuchin’s talk at UCLA on Feb. 26. That incident resulted in a seven‐day stay away order against one of the off campus arrestees, who was subsequently rearrested when that person showed up at a talk by Chelsea Manning at UCLA on
March 5. UCPD sent video of the May 17 disruption to the L.A. city attorney with the request that the city attorney consider the actions of May 17 in deciding whether to file charges concerning the previous incidents of Feb. 26 and March 5.”

Tamberg repeatedly declined to respond to questions about why the May 17 incident was not being investigated. UCLA police refused to answer further questions, referring all inquiries to Tamberg. From all appearances, police decisions are not being controlled solely by the police, but also by UCLA public relations. A senior UCLA police source explained, “we coordinate with them closely.”

Lewin at Brandeis Center insisted, “If there is a criminal violation, it should be investigated.”

While the attack against SSI has stalled, Jewish and pro-Israel organizations are increasingly turning to the criminal code in matters of extreme disruption.

When the Jewish Community Relations Council of New York staged its June 2, 2018 Celebrate Israel, “We had six people, each paired with a representative of the NYPD legal team,” says director Noam Gilboord. He added, “This was primarily for disruption.” In this case, he reports, “There were no major disruptions, no incidents, no arrests.” But Gilboord says, “All assaults, disruption, and violence should be reported to the proper authorities or law enforcement.” Other Jewish and pro-Israel organizations echoed that sentiment.

However, in the case of the May 17, 2018 UCLA incident, no prosecution is pending because no one has reported it to the police, neither the students nor the university. 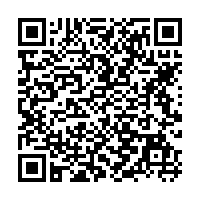