Something very strange and disturbing has happened and I need your advice, because it is frightening.  I know you have often said that you do not attempt to answer halachic questions, but I am ashamed to ask a rav this question, so I will go by your good common sense and that will be enough for me.


I have been married all of five weeks and up until two days ago, things were okay between my husband and myself. I know that he has a bit of a temper, but then, so do most of the men in his family. They are Kohanim and I have been told Kohanim are known for their fiery tempers.

We were introduced by the same shadchan who made my four older sisters shidduchim. We met three times, my parents said he was an excellent bachur, so I agreed, even though I wasn’t too happy with him.  I had thought to find someone like my brothers-in-law, handsome and light-hearted, who could make me laugh and with whom I had more in common. My husband is shorter, very quiet and I barely knew anything about him when we got married.  I believed what I heard about him from others, so I can’t really blame anyone for whatever misgivings I now have.

We are having severe intimacy issues and it causes my husband to become violent. He claims that it is okay for a man to beat his wife once and it will never happen again. I need to know if what he is telling me is true, as it is not something I learned in kallah classes.

I don’t need to speak with a rav to know that a man raising his hand to his wife even one time is assur. His behavior is not acceptable and probably means he is in need of counseling. I would suggest you speak with your parents and a marital therapist – and that until such time as he has been evaluated, you don’t continue to live with him. Your marriage has started out on a terrible footing and will only get worse if you do not take immediate action. 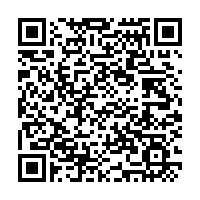