Defense Minister Avigdor Liberman has postponed the reopening of the Kerem Shalom border crossing with Gaza. The crossing has been closed to commercial traffic since July 9, although deliveries of food and medicine are uninterrupted and continuing to flow into the enclave.

The Ministry of Defense announced earlier this week that the crossing would reopen Tuesday “if the situation remained calm” and in accordance with a security assessment.


But the situation is not entirely “calm” and as a matter of fact, it appears that Gaza’s ruling Hams guerrilla organization is again blatantly attempting to provoke Israel into launching a full-scale war.

Despite the so-called “ceasefire” deal negotiated between Israel and Hamas by Egyptian and United Nations mediators, the guerrilla group has already returned to launching arson kites and incendiary helium balloons at the Jewish State.

Israel is now directly targeting the terrorist cells that are launching the arson attacks, however. Israeli fighter pilots struck a terrorist cell that was about to launch an IED balloon from northern Gaza into Israeli territory on Monday — the second such air strike on a balloon terror squad in two days.

On Sunday, the Israeli air force attacked a similar terror cell as it was launching firebomb balloons from the northern Gaza, allegedly leading to several casualties.

Liberman said Monday that Israel has no interest in another war but will not tolerate any more attacks from Hamas.

Israel, he said, “has done everything in order to prevent a war in the Gaza Strip… Anything that happens going forward is the sole responsibility of the Hamas leadership.” 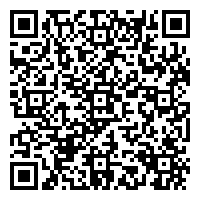