I have always wanted to write to you ever since I was a young girl. I can remember, every single week, my family sitting around the Shabbos table Friday night, waiting to divide the Jewish Press so that all of us got a section to read and find out what was going on in our world. It was pretty much the highlight of our Shabbos.


There is a most pressing issue weighing heavy on my heart, one of sibling rivalry amongst my daughters. I trust that you will be able to guide and direct me on how to mend the situation as I have reached the end of my rope.  I have so much anxiety, not to mention pain, from seeing my daughters act terribly cold and inconsiderate towards one another. It has reached the point where their precious children hardly ever get a chance to spend time and interact with each other unless I arrange it and physically get them together somewhere in a park.

I don’t think there is any main reason why my daughters dislike each other; it’s pretty much a case of each one being jealous of the other, whether it be weight issues, money or one being more popular and having more friends. I should add that I am divorced from their father and I know that he has fueled some of this hatred as he plays favorites and creates more division due to his sheer ignorance of how this impacts on the emotional health within the family. They continuously hurt one another with their harsh and hurtful words, causing their wonderful husbands not to speak much or have little if any interactions.

I, too, have been the brunt of one of my daughters’ inconsiderate and hurtful remarks thrown at me whenever I would share something with her in an attempt to lighten the situation. She has zero empathy; I don’t know where her feelings went.  The only things important to her are her friends and shopping. At this point my heart is so broken and I am a mental wreck, trying to maintain some semblance of family and arranging play-dates with the children so they can know each other and develop the close bonds that first cousins should naturally have.

Do you have any advice as to how I can help my daughters mend fences so they can, at the very least, be civil to one another and, hopefully, even considerate of one another at some point the future? What makes this situation so much more hurtful is that we live only a few blocks from one another. Additionally, our family has experienced a very big health scare and we all made a commitment not to fight with one another because we need Hashem’s rachamim for the child who is ill.

A loving Mama and Bubby

In the absence of some very important information about parenting and upbringing, I have to respond in a very general way.

It is not unusual to have sibling rivalry, in particular between same gender children, and certainly, some ruffling of feathers is to be expected as each child jockeys for his or her position in the family dynamic. Jealousy can occur when one child is visibly favored over the others, or if one youngster is more talented or a better student than his/her brothers and sisters. At greater risk are children of divorce, when each parent will try to curry favor with the children and use them as a means for a more favorable visitation package or simply to hit back at their ex-spouse. This sets into play a poor model of parenting based on plying the kids with too many things. It teaches them that love is not something that comes from the heart but rather, through the pocket. It also makes children look to see who gets the bigger and better things, laying the fertile groundwork for jealousy and an unhealthy competitiveness among the siblings. Left unchecked or uncorrected, it will follow them into adulthood, much as it did your own daughters.

The oddity in your particular case is that it was allowed to mature and grow into your daughters’ adulthood.

To get a better understanding of what caused the rift between your daughters, I would have asked you what their childhood was like and how you managed their rivalry/jealousy when they were little.  Did you defuse their arguments or did you just brush them off? At what age in their lives did you get divorced and how did they accept it?  Were you sensitive to their fears, complaints and anger?  And, possibly most important, what kind of relationship did you share with each daughter as she grew up?

It’s a bit late now to correct dysfunctional adult sibling rivalry and, sadly, their children and you are suffering the damage. I laud your attempt to try to create a bond between your grandchildren, but I am sure your daughters will find a way to neutralize this relationship by interjecting their own dislike and displeasure for each other at any given opportunity. As you saw with your own attempt with one daughter, it is doing little good.

Your family crisis requires professional intervention, so if you can enlist the help of your family rabbi, a trusted and respected friend to whom your daughters will listen, or a family therapist who can enlighten your family as to the damage being passed down to the next generation of children, there is hope your family can come together. It is a job far to big for you.

In the interim, I would recommend you write each of your daughters a letter in which you explain the importance of family and reiterate that all the silliness, shallowness and pettiness has no place where love, consideration and caring should be.  Life is too short for that and after you, who will make the effort to reach them?

No matter how old our children get, we, as mothers will always look out for their welfare. I saw a sweet example of this in a restaurant where a family was celebrating their elderly mother’s birthday. As she enjoyed the attention around her from her grey haired sons and daughters, grandchildren and some great-grands, I watched as she turned to her (presumably) eldest son, himself in his seventies, picked up her white linen napkin and proceeded to wipe away some gravy on his chin, then kissed his cheek. I recognized the look in her eye as she gazed at him lovingly. She saw him not as an aging seventy-something gent with a spot of sauce on his chin, but as her beloved seven-year-old little boy, still in need of his mother’s attention.

Once a mother, always a mother!  We never stop teaching, protecting and wiping off chins no matter how old we, or they, get. 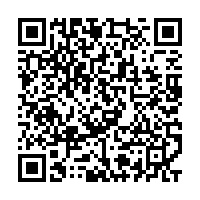