My problem may sound like it’s not so important or worthy of attention, based on all the hard-core grief letters you seem to get, but I am so miserable and hoping you can help.

Four years ago, our youngest child and only son got married.  We were overjoyed and welcomed our new daughter-in-law into our family with open arms and much love.  In fact, our daughters (all married) were so taken with “Mindy” and thought of her like another sister. Since Mindy’s parents lived abroad, it fell to us to attend to all her kallah preparations and to set up the apartment, which we did lovingly and without complaint – even when it posed hardships, as we are not affluent people. My daughters did not, even for a second, begrudge her anything she wanted or were envious at all the attention and time I spent with her. I had grown to love her like my own child and was overjoyed when she began to call me Imma. There was nothing I wouldn’t do for her if she asked.

When her parents came in a week before the wedding, suddenly things changed.  She clung to her mother and two sisters, who wasted little time in making snide comments about the apartment we rented and replacing many of the linens, towels and kitchen items we had purchased with ones more expensive and garish.  They had an opinion on everything we had prepared from her gown to the hall and the caterer.  Nothing met with their approval.

My daughters and I stepped away, thinking that once the wedding and the sheva brachos were over and her parents and sisters returned home, she would revert back to her old, sweet self. That didn’t happen. Her parents decided to move here to be close to their newly married daughter and to find shidduchim for their two other daughters.

The worst part of it is that in trying to be a good husband, our son sees everything she and her parents do and say as right and overlooks how they mistreat my husband, our family and me.

Life for us has become a daily ordeal of pain and disappointment, which we try very hard not to bring to my son’s attention, as we do not want to upset his shalom bayis and his blind love for his new wife and her meddling family.

Two years ago, they welcomed their first child, a son, into the world.  We were not informed of the birth until several hours after it took place and when we came to the hospital her family had already been there for some time. Her mother sat there holding the baby and no one thought to allow me to take him into my arms, even after I asked to hold him.  My daughter-in-law said that it was her mother and father’s first grandchild so they should get more time with the baby, since we already had grandchildren.  My son said nothing in our defense, this, after I sent suppers and did her laundry throughout her pregnancy, while she gallivanted about with her mother, and invited them for Shabbosim to make it easier for her.

Needless to say, we made the bris and the pidyon haben and hired a nurse for the first three weeks after she came home from the hospital.  We bought the baby furniture and initial baby clothing and formula so she could rest and recuperate.  Never once did I see my grandson wear anything I purchased for him or get to be with him by myself without her mother lurking somewhere nearby to “lend a hand.” When the baby was six months old, they stopped coming for Shabbosim – Yomim Tovim were almost always spent with her parents – and they visit infrequently. What I have noticed is that when she needs something done or when it’s to her advantage, she calls me and pours on the false sweetness to get what she wants. Otherwise, there are weeks when I won’t hear from her.  I get all the news about my grandson from talking with my son, with whom I speak a few times a week.  Mind you, they live eight blocks away from us.

Now, one of her sisters is getting married, so last night, I received one of her rare phone calls, asking me if I would pay for her gown that was being made up especially for the event.  I was dumbfounded at her chutzpah but, of course, as always I agreed to cover the expense. And now, my daughters are furious with me. They are truly hurt by her turning her back on us and only using us when she needs something. Honestly, I don’t blame them as I feel used and abused and taken in by this girl.  So now comes the question of what am I supposed to do about the gown, pay for it or not? My husband is of the mind that once I gave my word to pay for the gown, I am obligated to do so. What am I to do?

Four years is an awfully long time to walk around with blinders on and enabling your daughter-in-law to boss you around at her whim. I think it is time for you to make some very real changes and regain your sense of dignity and self worth.  Logically, it stands to reason that if you stop being a doormat she’ll have to find a new place to wipe her feet!

There’s a huge difference in being giving and loving to a person who appreciates it and quite another in doing so for a person who uses and abuses your gift. It seems that while Mindy’s parents were abroad, you were a great substitute and soft touch for her to get whatever she wanted. From your description, she seems like a young woman who is used to getting her way and recognized you as an easy mark and took full advantage.  You, on the other hand, fell hook line and sinker as soon as she called you Imma.

Yet, you aren’t her “Imma” in her eyes you are the soft touch mother-in-law who filled in all the holes until her own imma made an appearance. I think you’re lucky to finally see the light. There are some mothers-in-law who suffer entire lifetimes without knowing what to do to change this cycle.

Here is what I suggest. First, let’s give her one more chance at civility. Ask her to come for a visit, saying there is something you need to have clarity on. Put out her favorite foods, to sweeten the heavy stuff you need to get out. At the earliest opportunity, ask her if you have ever done anything to offend or anger her. You can say that you are asking as you feel a distance between the two of you. Now, if she answers in this affirmative and relates things you have done, well then this is the perfect opportunity to ask for forgiveness and hope that a new relationship can be formed.

However, if she insists that you have done nothing wrong, tell her you are tired of trying to fill the empty basket with a hole on the bottom and that you have other places that appreciate and welcome your presence.

I agree with your husband that if you already given your word to pay for her gown, then do so. But make her aware that the gravy train has reached the end of its run and that from here on in, if she has any needs, she should call her mother. You are no longer willing to encourage her disregard for you and, although you would deeply love to regain the relationship you once thought you had, if she is unable or unwilling to reconnect on that level, you are not there to be used and abused.

Harsh measures are sometimes required to bring a point across, but they will almost always produce a change for the better. If that doesn’t happen, you are no worse off than before and at least you have had your say.

In my opinion, it is best for you to know where you stand. Good luck. 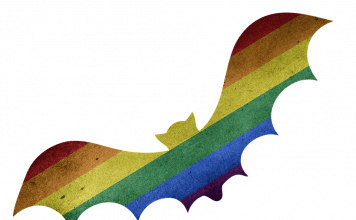 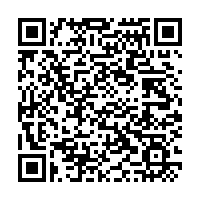