I am truly at a loss for where to begin. These last five months have been so traumatic for my family that it’s nearly impossible to even share. I hope you will be able to make sense from my words.

We are a yeshivish family, and my husband and I did our best to raise our five children bederech hayashor, not exposing them to the tarfus of electronics, secular ideas or literature and making sure their friends were of the same ilk. For the most part, we were successful. Four of our children are married and raising beautiful Torah families. It is with our youngest child, a son, whom we seemed to have failed in every way.

Shmuley was always a difficult child, and from the outset, always butted heads with my husband, myself and his rabbeim and teachers. We were called down to the principal’s office to bail him on a consistent basis and there were even instances when he was suspended for smoking or bringing in contraband material. We were at a loss for how to handle him and he changed yeshivas very often. When he was seventeen, Shmuley ran away from home. We had no idea where to look for him. He left most of his belongings, including his tefillin, which devastated us because it said he was leaving his Yiddishkeit behind as well. After many days and weeks of searching for him, we decided to leave it all in Hashem’s hands with a tefillah that He would watch over our son wherever he was. And so we stopped looking for him, talking about him, even thinking about him, as it had become too painful to do so. This took place five years ago.

Just before this past Pesach, there came a knock on the door and my husband went to answer it. I heard my husband scream and ran to him thinking he must have tripped. I stopped in my tracks just as I got to the door, thankful that my husband was still upright but holding on to the wall for support and white as a sheet.

When I looked at the man standing in the doorway, I almost fainted myself.  There stood Shmuley, a fully-grown man with a beard, payes and flowing tzitzis, and behind him stood a young woman. Once we were able to collect ourselves, we welcomed them into our house and after much embracing and many tears, Shmuley explained why he left and the depth of his pain and the guilt he carried for making our lives so hard. He begged our mechilah and explained that he had lived in the streets after leaving home until a young rabbi found him and took him in. Eventually he managed to make enough money to travel to Eretz Yisroel, where he went to yeshiva and turned his life around. He introduced the young woman as Chedvah, his wife of eight months, who like him, had also been a runaway and lived in a woman’s home for abandoned children. She was six months pregnant with their first child.

Needless to say, our simcha knew no bounds and this past Pesach was the most joyous one ever. We welcomed Shmuley home with a seudas hoda’ah and Chedvah became like our own daughter. A few weeks ago, their baby daughter was born and the joy and light this little one brought into our lives was amazing. I helped Chedvah with the baby and she looked to me for love and support, which I gave freely and easily as I had grown to love her. But something was bothering me and I don’t know what to do about it. I keep thinking about another set of grandparents who have no idea that they have a new granddaughter. This thought is heavy on my mind and when I asked Chedvah if I should try to reach out to them, she looked terrified and begged me to absolutely never get in touch with them. When I saw the terror in her eyes I promised her I would never bring it up again. But still, the unfairness of it does not leave me. I keep wondering how I would feel, having a grandchild I knew nothing about because this information was withheld from me.

Please tell me how to deal with this burden. Should I break my word and go behind Chedvah’s back and try to find and inform her parents of the birth, or should I butt out, hold my tongue and pretend they don’t exist?

Mazel tov upon the return home of your long, lost son, mazel tov upon his marriage and mazel tov upon the birth of your granddaughter. May each simcha lead to another one and may all your dark days of searching for your son be erased from your memory. Immerse yourself in the joy of your returned son, the addition of his wife, who has become as a daughter to you and now, the arrival of their child that brings with her joy and healing for the pain that all have suffered to get to this day.

You have given Chedvah your word to keep her secret, do you really want to chance losing her trust by going over her head and doing what YOU want? There may well be a very good reason why she wishes to keep this news of herself and her family away from her parents. Perhaps she ran away from home because they were abusive or clueless to her pain, oblivious to her needs or cold and indifferent to her existence and disappearance. I’m sure she has shared with Shmuley, her husband, why she chose to cut her parents from her life and it certainly is not your place to assume the responsibility of reconciling them. If anyone should approach her parents for any reason, it should be Shmuley, as her husband it is his responsibility to do what is right for his family. You have no place in that, unless you want to start a new war.

Revel in the joy of reuniting with your son, the love of a daughter-in-law who has adopted you to replace her absentee parents and the gift they have given you in the form of your granddaughter. Please forget your desire to “do the right thing” and just do what you promised, and keep silent on this issue. 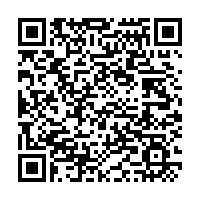