Mr. Lazer, an independent consultant, would travel nationwide from his home and charge clients for his travel expenses.

One morning, a client in California called and said, “We would like to book a meeting next Wednesday morning.”

“That’s a pretty efficient week,” Mr. Lazer said to his wife. “Tuesday in Chicago, Wednesday and Thursday in California, and back home for Shabbos.” He booked a flight to California with a stop-over in Chicago.

“Whom are you going to charge for the flight?” asked Mrs. Lazer.

“My contract with each client stipulates that they pay travel expenses,” replied Mr. Lazer. “I guess I can charge them all. What difference does it make to them whether I have one appointment or three?”

“But how can you ask for reimbursement of an expense that was already covered?” asked Mrs. Lazer.

After hearing the question, Rabbi Dayan said, “Usually you cannot double-bill, but the answer to your question depends on the contractual arrangement or local custom. In some places, travel expenses are figured on a standard basis; no one expects a receipt. Such an arrangement is common in Israel where the monthly salary contains a daily travel component based on the cost of public transportation or kilometer distance from one’s home. [Choshen Mishpat 331:2]

“Many authorities allow daily travel reimbursement there even if the person walked or received a ride to work. Moreover, if a person had two jobs in the same location, some allow receiving travel reimbursement from each since both employers committed independently to provide the travel expenses as a standard salary component. [see Kesubos 101b; Even HaEzer 114:8; Techumin 19, p. 271]

“However, if the employee has to provide a receipt or a precise reckoning of his travel expenses for reimbursement purposes, as is the case with consultants, reimbursement is usually for actual expenses. Therefore, if the expense was already covered by another party, it’s not permissible to submit the same receipt to another client and ask for reimbursement from him, too.”

“How should the expense be divided among the clients?” asked Mr. Lazer.

“Ideally, the cost of each leg of the journey should be split between all relevant clients,” replied Rabbi Dayan.

“Thus, the trip to Chicago should be divided in thirds, and the additional cost to California divided in half. This arrangement is similar to the one people make to fix a blocked river or sewage line. Each person must share in the cost of repairing the stretch of river or sewage line relevant to him; he doesn’t have to contribute to the cost of fixing areas that aren’t relevant to him. [Bava Metzia 108a; Choshen Mishpat 161:6, 170:1]

In many cases, however, dividing up the costs in such a fashion is not realistic. Therefore, you could submit the travel cost to any of the companies since all were willing to cover the travel expense. Fairness would dictate that you charge the first company who scheduled, alternate billing between the companies over time, or submit it to the company that primarily gained from the particular leg of the journey.” [See Even HaEzer 114:9] 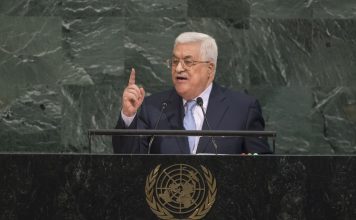 Mahmoud Abbas As a Strategic Threat 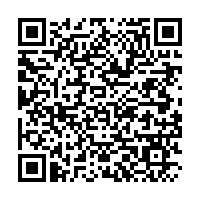