I read the column about the mother who gave away her Down Syndrome baby. People feel guilty when hearing about others who gave away their special needs children. Some think that if it was cancer, they probably would have kept it and stayed by the child’s side because special challenges are a stigma. The truth is, no one knows what other people are going through. Maybe the mother has bipolar, a different mental illness or low physical energy that made her unable to handle the hurdles and roadblocks ahead. Therefore, no one should attempt to judge the situation if the parents chose to give away the child as, I’m sure, this must have been a heart-rending and difficult decision.


Obviously, it is better to give the baby away to a safer place where it would be spared from the neglect and/or mistreatment from the biological parents who could not face the responsibilities and emotional and mental fatigue that comes with raising such a child. I’m happy the baby wasn’t aborted, at least there is a chance for a happier ending for a couple who wanted a child but could not have one until this child came along, and for the child itself, who now has a loving and caring home where his special needs in no way cloud the love his adoptive parents will lavish on him.

It bothers me how people jump to judge others without knowing what each individual in the cast of characters is going through. Everyone handles a given situation differently as no two situations nor individuals are exactly the same. These situations are for a rabbi/therapist to help sort out when called upon to assist in the parental decision-making and not for the public forum to lend their opinions. In fact, some people feel there should be no question at all, albeit in a perfect world that would be true, but this world is not perfect nor are we and that’s why we have rabbis and qualified mental health professionals who render unbiased and logical solutions that will benefit all involved. It is my opinion, therefor, that giving away the child rather than aborting, neglecting or abusing it is by far the best outcome for all involved.

I have been deluged with letters on the June 4th column and, hopefully, with my response to you, I will satisfy most of the letter-writers.

There is no right or wrong here, rather, a very personal heartache that befell one family. And here is where I concur with you, but just on a few points you brought to light.

Let’s first address the Traditionalists in the readership who would staunchly agree with you that the baby has every right to love, nurturing, care, and consideration. These are basic human rights that every fetus, once born, is entitled to. However, what if the parents are unable to provide these elements, what if there are other children in the family who would have their own rights infringed upon and possibly suffer neglect and indifference from said parents because the baby’s needs are so all-encompassing that there’s little strength and time left in the parents to give over to the others. Then everyone in the family suffers, yes? So, what is the solution here? To keep the child at the expense of neglecting the other children and each other and slowly have the family erode? Or give the baby up for adoption to a couple who, with full knowledge and understanding of the demands this little one comes packaged with, not just for a month or a few years, but for an entire lifetime seems a fair and logical choice. Abortion is never a consideration unless the mother stands to suffer permanent damage or her life is in danger were she to carry the fetus to term.

Then you have the Progressives segment of the readership who can’t fathom where the problem is here. These pragmatists don’t skip a beat in cheering on the baby’s removal from the family so life goes on uninterrupted and everyone is happy. But is everyone really happy? Do you think for one moment that the birth mother will not have pangs of pain when thoughts of the baby, her baby, that she gave up for the well being of her existing family haunt her mind in the quiet of night, in the supermarket where she sees other mothers with children like the one she gave away, looking happy, content and lovingly at their special children? So she consoles herself with the thought that what’s done is done, that the sacrifice she made was for the greater good of her family and life goes on. Here though is where the change comes in. Had she been made aware early on in her pregnancy that the fetus she carried was not perfect, would she opt to carry it to term, go to a Rav that might be lenient in his paskonus and have it aborted without guilt or a second thought, or have the child and give it up for adoption. From where I’m sitting I think she picks door number two.

Then you have the Righteous Realist, the person who puts their faith in HaKodosh Boruch Hu and proclaims that everything is how it is meant to be, until, what seems to be for them is not something they can bear or live with. Suddenly, gone is that unshakable faith. The woman takes to her bed and becomes physically and mentally affected, so much so, that both Da’as Torah and the community agree that she must abort the child to save herself. And thus, that little, imperfect fetus which Hashem sent down to her on angel’s wings suddenly finds itself returned to sender, with a ‘thanks but no thanks’ stamped on his tiny, as yet undeveloped, bottom. So much for blind faith when a sure solution to a disruptive problem is available.

There are one hundred more variables that I could play out for you, however I don’t have that much time, nor does anyone really care when it is one’s self who has the problem. There is no right or wrong way to handle it. There is no truly happy ending to something that didn’t work out as it should have and you have to revert to choice #2 when all you really wanted was choice #1 which didn’t happen. Even the best solutions to the same problem by a host of different people, will always leave residue and doubt as to whether the right choice was made.

So, dear friends, here’s my thought on this and any other matter that will bring 48 letters on the subject on my desk. When in doubt about a decision that has to be made, the ‘yes’ answer has to apply to just three things, 1) are you messing with The Almighty’s blueprints?, 2) will it make things worse than they already are?, 3) will the residue or memory of your decision come back to haunt you or those close to you in the future… well then, run for the hills and don’t look back, life is too short to carry around that much guilt and remorse. Offtimes what appears to be a terrible situation, given time to think it through and find the courage to accept the gifts we get from Hashem and say “Todah LaKale,” they turn out to be our greatest blessings. 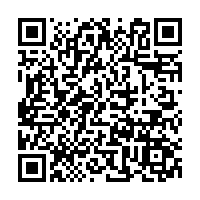