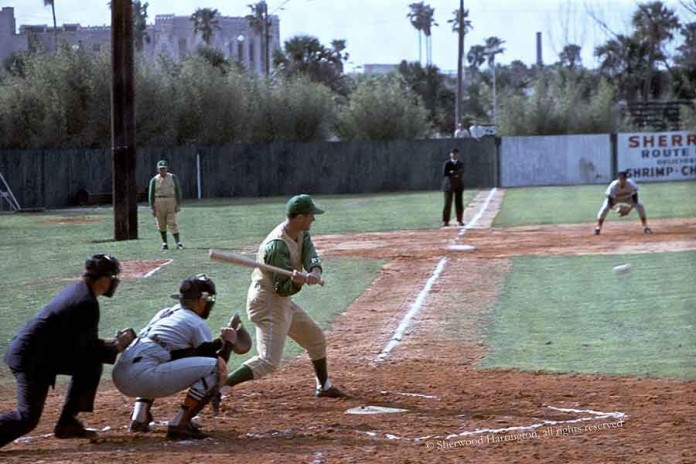 Phyliss, a reader of this column in Dallas, Texas, informed me that a statue of Rocky Colavito will be unveiled in the Little Italy section of Cleveland on Rocky’s 88th birthday on August 10.

In 1988, Phyliss lived in Brooklyn and decided to go with a friend for a Memorial Day mini-vacation to Reading, Pa., to meet her favorite baseball player and get his autograph at a baseball card show. The ladies got to talk to Colavito and in the course of conversation, Rocky mentioned that one of his favorite hobbies was hunting.

“We explained that we were observant Jews and our people don’t hunt and about our kosher laws,” Phyliss recalled.

“I know all about that,” Colavito said, “I was born in the Bronx.”

Then the rifle-armed former slugging outfielder threw some Yiddish phrases at the ladies: “Vus machst du?” and “Machst a leiben.” Phyliss and her friend were surprised that not only could Colavito speak a bit of Yiddish, but he did it perfectly.

Phyliss now operates a fan club for Colavito on Facebook. “Anyone can join,” she says. “But you need to answer some screening questions first. We have more than 1,600 members.”

Let’s talk about Colavito and his career and you can decide if you want to join.

Rocco Colavito grew up in the Bronx fervently rooting for the Yankees and his favorite player, Joe DiMaggio. Colavito’s second favorite was Hank Greenberg as he liked sluggers.

In 1955, four years after DiMaggio retired, Colavito was brought up to the major leagues by the Cleveland Indians. He topped 20 home runs in each of the next two seasons and hit 41 homers in 1958, and 42 in 1959. June 10,1959, was memorable for Rocky as he blasted four home runs in one game against the Orioles in Baltimore. His slugging, movie star good looks and outgoing personality made him the most popular player on the Indians and most veteran writers say the most popular ever in Cleveland.

On the last day of spring training in 1960, Colavito, his fans and the baseball world were shocked as he was traded to Detroit for Harvey Kuenn. It was the American League home run champ for the batting champ (.353). Opening day in Cleveland had the Tigers as the visiting team, and attention was focused on Colavito. The press box was full and so were the outfield stands behind Colavito. Fans came to root for him and curse Cleveland general manager Frank Lane. The game took 15 innings and the Tigers won on a single by Al Kaline. Colavito was embarrassed as he went 0-for-6. He struck out four times, popped out and hit into a double play.

Opening day in Detroit was better, as Colavito hit a long three-run homer. But Detroit had Kaline and Colavito couldn’t dislodge him as the most popular fan favorite. After hitting 35 home runs in 1960, Colavito had his best year in 1961, batting .290 with 45 homers and 140 RBI. The Tigers and Yankees had a heated pennant race that year, but the Yanks pulled away after sweeping the Tigers in a Labor Day weekend series in Yankee Stadium. The Yanks were tough that season as Roger Maris hit 61 home runs, Mickey Mantle had 54, while Yogi Berra, Johnny Blanchard, Elston Howard and Bill Skowron accounted for 92 more.

Colavito stayed with Detroit through 1963 and hit 139 home runs in his four years with the Tigers before being dealt to Kansas City. Then it was back to Cleveland in 1965 and in his last few seasons he wore the uniforms of the Chicago White Sox, Cleveland again, the Los Angeles Dodgers and Yankees before retiring after the ’68 season with a career average of .266 and 374 home runs.

He had the best arm of any outfielder of his era and once threw a ball over 440 feet in Detroit, from the deepest part of center field to outside of the playing field prior to a game. He impressed catchers, too, as he was used as a relief pitcher twice in his career. Once for the Indians in 1958 and 10 years later for the Yankees. Catcher J.W. Porter caught him in Cleveland as he liked to pitch prior to some games. “He threw faster than any pitcher I ever caught,” Porter said.

Both appearances were against the Tigers and he faced Al Kaline both times. Kaline had no luck against him and was 0-for 2 against Rocky. Colavito recorded one victory in 5.2 innings of pitching and only gave up one hit while posting an earned run average of 0.00. Colavito stayed in the game as a coach and broadcaster for the Indians and hitting coach for Kansas City before retiring full time to his farm in Bernville, Pa., about 60 miles northwest of Philadelphia.

Some years ago Rocky told me that his biggest thrill and disappointment both came during the 1961 season. “Hitting three home runs in one game twice that year was my biggest thrill but I was so disappointed that we didn’t win the pennant.”