I’m afraid I have made the biggest mistake of my life and doubt that even you will find a way for me to fix it. I go over it countless times in my head and still can’t understand what made me do it. Now, the whole world is mad at me and I am at a loss for what to do. I stand to lose everything I love because of my own weak will and stupidity. So please, just hear me out.


Two years ago I married the love of my life after dating over thirty girls my mother found fault with. There were a number of girls I would have liked to see a second time, but my mother insisted that I not because it would be harder for me to refuse them after a second or third date. So when I took *Libby out, my mother heartily approved and I liked her too. So things progressed from there and I was thrilled that my mother could not find any fault with Libby, they seemed to get along well and we got engaged and married five months later. Baruch Hashem Libby’s parents were the sweetest, kindest people and they gave into any wants my mother, being a widow, had about the wedding.

Fast forward nine months ago, Libby found out we were pregnant and our happiness was beyond words. We first called Libby’s parents and they too were thrilled. We then called my mother with the news and the first thing she asked was if we called her first. I might add at this juncture that the tranquil relationship between Libby and my mother had much changed after we got married and if Libby could avoid her she did. Mom did not take kindly to the news that she was the second call and not the first. Libby put up with most of my mother’s advice, suggestions and referrals most of the time, until I had to intervene and tell my mother not to call her so many times a day with helpful advice. Although she did the same thing with my sisters when they were expecting, we all were used to mom being ‘helpful’ to the point of being annoying. But it was stressing Libby out and disturbing the peace in our home.

As it came close to the birth, Libby and I discussed names. All the names that needed to be given on my side had already been named, but Libby had a great-aunt who passed recently and whom she dearly loved and wanted to name the baby after if our child was a girl. If the baby turned out to be a boy, even though the first name belongs to the mother, we agreed on a name we both liked. A few weeks before Libby’s due date, my mother asked me what I was going to name the baby and I told her that it was Libby’s right to name her first born and I would not divulge what names were on the table.

Well, this did not go well with my mother who had two names picked out and insisted I strongly abide by her wishes. Every day, I received at least three phone calls from her to remind me about the names and about ‘kibbud Av v’Aim,’ to the point that I went to see my Rebbe. The Rav informed me that naming a child is no one elses business but the parents and that my mother should not intervene in this decision. However, if the baby is a boy, it would be a kavod to name him after my father, a”h, even though each of my sisters has a son named for him. I called my mother and told her what the Rebbe said and she went into a rage, still insisting on her choices and adding that if I didn’t respect her wishes she would disown me.

I really didn’t take her seriously so I put it out of my head. Libby went into labor last week and gave birth to a baby girl and that Shabbos before I went to shul for the naming, she reminded me again what the name should be. But when I stood up and said the name the child would carry, the Satan twisted my tongue and the name I gave was the one my mother wanted and not the one that Libby had chosen. At that moment, my whole world turned black and I stood on rubbery legs as I heard the wrong name being called out. I can’t describe the horror on Libby’s face when I told her what had happened. It’s enough to say she hasn’t stopped crying since then and refuses to speak to me even though I have begged her for forgiveness and wept with her over what happened.

Yesterday she told me she never wants to see my mother again and she is not to have any contact with either Libby or the baby. She also said she is thinking about a divorce and that I should not come near her or talk to her, just leave her alone. Even Libby’s parents turned away from me, as did everyone who heard what happened. So this is where I am now, I don’t know what to do or whom to talk to or if this can ever be fixed or overturned so that the name can be corrected.

First, let me wish you a Shana Tovah and a mazel tov upon the birth of your daughter. Reading your letter my thoughts were that I hope you have your Rav’s phone number because you really have to ask him about a name revision as that is not my area of expertise. I have heard that one can have a name added to their given name in the event of illness, but a complete name revision is new to me. I will ask my rabbis on standby what the answer is and let you know what they say.

I can only imagine what you are going through, but to be honest, my empathy for your wife is off the charts. You have stolen her joy and the gift of naming her daughter after a beloved great-aunt after you agreed to do so. Ask yourself this, do you ever expect her to trust you after you did this? Loss of trust is a huge thing and it’s easier to climb Mount Everest than just let something like that go. My advice right now would be to stay at a distance but keep reassuring her that you are trying to find a way to correct this, if indeed such a thing is possible.

You need to speak to a therapist about was is really the problem here, and that is your inability to stand up to your mother and be your own man. The only person whose thoughts and wants should matter up front is that of your wife. You have brought your mother into your marriage and allowed her to wield power where she should have none. There are two people in a marriage, not three, so you have to learn how to amputate the third appendage from your marriage if you want to have any chance of a second chance with Libby.

Please make an appointment with a therapist who will help you find your own strength to do what must be done to try to save your marriage and hopefully Libby will join you in therapy to find her way to forgive and try to rebuild the trust you broke. This will not be a quick or an easy fix even if the baby’s name can be changed to what it should have been. Rebuilding broken trust will take a long time, but you have a lot to strive for, so don’t give up, do what you need to do and don’t ever let anyone or anything come between you and your wife again.

*Name has been changed. 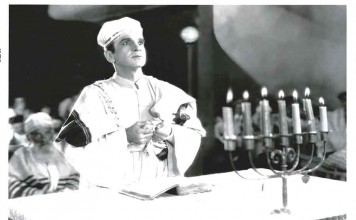 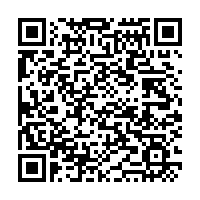