I am still in shock and don’t know where to begin. In fact I’m not even sure why I am writing to you or what advice you can give me that will set things to rights at this juncture. Our entire family is in turmoil not knowing what to do or how to process what has come to light. I, being the oldest of six, am as confused and baffled as my younger five siblings as to how to proceed and go about this revelation.


I am a seventy-nine-year-old woman, my other siblings are a seventy-seven-year-old female set of twins, followed by brothers, seventy-four and seventy-two, and the youngest, a sister, aged sixty-nine. Our father is deceased and our mother is in the last stages of Alzheimer’s and in a home. We all live near each other and are married. We all have large families of children and grandchildren. I have two great-grandchildren. We are, and always have been, a very close and loving family, always there for one another as was inculcated by our parents who always insisted that family is first and foremost before all else.

Chol HaMoed Pesach, my doorbell rang at 7:30 in the morning. When I opened the door I came face to face with a woman who introduced herself and said she had something very important to impart to me. Not feeling threatened, I invited her in and offered her coffee in that early hour, as the rest of my visiting house were still asleep and the men had gone to Shacharis. She said her name was *Simone Deveroe and that she had been searching for her mother for a very long time with many interruptions to that search due to life events. Her last information to that search was that her mother was now living in a nursing home in this area and when she inquired further, was told that her children lived here as well. When I asked her how I could be of help in her search she said that her mother’s maiden name, as had been on her birth certificate in the infants home where she was born, was **Aingerman! I almost fainted on the spot!! This was my mother’s maiden name!!

Completely speechless, I told her that this must be some mistake, or cruel joke! That I was my mother’s eldest child born ten months after her marriage to my father and therefore, some terrible mistake had taken place somewhere, leading the woman here and to my door. She listened quietly as I tried to explain the impossibility of this connection to my mother and when I was done and got up to show her out, on rubbery legs, she shook her head. “Sit down,” she said. I unwillingly did, terrified and shaking with fear at what she was going to tell me. And so began the beginning of our nightmare.

My Mother was born and raised in another country. Her parents were well respected in their community and her father was the shul Gabbai. My mother, their only child, was born late in their life as they were Holocaust survivors, and my mother wanted for nothing and went to the best school. When she was sixteen and a counselor in a summer camp in England, she was sexually abused by s handyman and when she returned home, didn’t tell anyone about it until it became evident she was gaining weight and missed four periods. Her parent were horrified, and sent her off to France where there was an infants home where young women and girls went to have their babies in secrecy after which those babies were given up for adoption. Everyone was told that my mother had been accepted in a highly regarded college in France and was going to finish education there.

My mother gave birth to a baby girl she never saw or held, who was given the name Simone by the sisters of the orphanage connected with the infants home, and was never spoken of again. Simone looked at me and I could see great sadness in her eyes as she must have seen the mixture of horror and disbelief in mine. According to the dates of Simone’s birth and my mother’s marriage to my father, it could well have made sense that Simone, being six years older than I, could be who she says she is. The war broke out soon after my mother returned post-birth to her home in Hungary and after which she met and married my father in the DP camps after their liberation. I was born ten months after that.

Then Simone filled me in on her own life. She was adopted by a French couple soon after her birth and raised in a Catholic household. Her parents adopted another two children after her and she had a happy childhood. But she always felt something was missing in her life and she was never at peace. On her wedding day, her mother told her, for the first time, that she had been adopted and should she ever want to search for her family records she gave her an envelope containing her birth certificate and adoption papers. Simone was stunned, and she put the information away to concentrate on her marriage and family to come. But no family came. She could not have children of her own due to medical issues and never adopted children to fill that void.

She became an accomplished cellist and her life was good. But that missing piece inside her ID surfaced again as she neared her fiftieth birthday. She began her search but it was hard and slow going, the infants home had closed long ago and the convent attached to it no longer existed. Her husband took sick and she had to stop her endeavors for a number of years until his death. After that time she resumed again. Some leads were fruitful, others led to dead ends and much discouragement. But, a few months ago, she was commissioned to join an orchestra that was going to perform in Israel. There, for some unknown reason, she went with a friend to visit the Yad Vashem Museum, and, by some fluke decided to look up her birth family history, if it might be registered along with the names of her mother’s family from Hungary. Thinking it would yield nothing, she was shocked to learn that my grandparents when to their deaths in the war, however, a few of their children and three grandchildren survived the camps. Armed with this she dug and searched every possible outlet until it led her to this moment, here in her sister’s house!

I sat stunned. My mother never mentioned a child she gave away. She never really spoke of her life in Hungary before and immediately after the war. All her stories were from after her marriage to my father, and we never asked her to expound on her life before, during and immediately after her liberation thinking not to raise painful memories. I asked Simone where she was staying and she told me she was staying with friends in the city. I asked her for some time to process all this and share it with my siblings and children and she totally understood. She gave me her phone number before we parted and said she’s staying for another week and leaving after Pesach. She also said that once she learned that her birth family was Jewish, she looked into converting and was at this moment in the process of doing that. I walked her to the door and, on impulse, hugged her, and told her I would call her very soon.

So there you have it. During the next two days I managed to gather my siblings and children in my home and told them what had transpired, hoping no one would suffer a heart attack or any adverse reaction, and relayed the visit and its content and Simone’s desire to meet the family. There was such a tumult afterwards, some said they had to consult with their Rabbonim, others had no desire to meet her, while yet others wanted to welcome her into the family now that she was in the process of converting to yiddishkeit. I was the only hold-out to say I was going to get in touch with you and hear what you had to say on the matter. Simone will be leaving soon and the opportunity to address this, one way or the other, will leave with her. We are all waiting on your response. Thank you.

What an astounding story, what an amazing happening! I view this as somewhat of a Pesach Miracle!!! So please excuse my enthusiasm and each of you try to find your answer, individually and collectively, before such a glorious opportunity passes.

Simone is a gift. A child born out of such horrible circumstance, by no fault of her own, adopted and raised as a Catholic, through no choice of her own, yet sensing that something was always amiss in her life. She was driven to find that source of unrest by her hidden Yiddishe neshama, and although she was not quite sure what she was looking for, she was guided by Heavenly inspiration to keep searching over so many years with so many setbacks to find peace. And, when Heaven intervenes, the truth is brought forth to those who search relentlessly for it. Her neshama has finally found its peace.

My question to you and your siblings and extended family members is this. How can you deny Simone her place with all the proof, trials and tribulations she bears and has gone through? Here stands before you a long lost sister, aunt, niece and cousin!

She acknowledges her faith and is in the process of entering it correctly, and she finally presents herself to you ready for acceptance, and even denial should any or all of you decide to refuse to acknowledge her.

Think this through carefully, the opportunity to welcome your sibling into the family at this late date is nothing short of a miracle indicating a neshama that was returned to earth to complete its journey, has finally done so. I see it as nothing short of miraculous! I would hope that most of you, if not all of you, see it the same way and welcome her into your midst before she leaves back home. I would hope that there is a continuance put in place for her to return and for all of you to go visit her and to strengthen this new relationship to draw her and yourselves closer together.

Some opportunities never come about. And some come only once in a thousand years! Don’t let this one go by unaddressed and uncultivated. You may regret it.

I hope you have a wonderful seudas hoda’ah in welcoming this old, new, neshama back home. Please send pictures and a piece of cake so I can be a party to one of the most wonderful events one could ever imagine! Mazel tov! 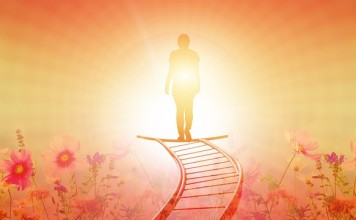